A NATIONAL manhunt is underway for a 27-year-old wanted in connection with the murder of Josh Hanson at a bar in London in the early hours of Sunday morning.

Detectives have warned members of the public not to approach Shane O’Brien, 27, of Ladbroke Grove.

Mr Hanson, 21, of Kingsbury, north-west London, was stabbed in the neck at the RE bar in front around 40 customers in Eastcote, Hillingdon, at around 1am on Sunday.

Emergency services attended to Mr Hanson, a roads planner, following the incident, but he was pronounced dead at the scene. 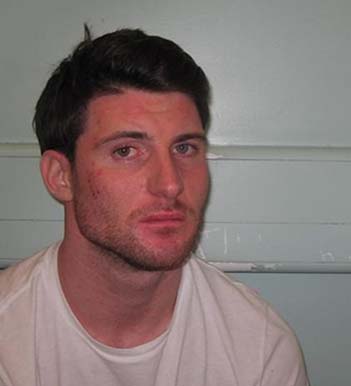 A post-mortem at Uxbridge mortuary on Tuesday, October 13 gave cause of death as haemorrhage, inhalation of blood and an incised wound to the neck.

A £10,000 reward has been offered to anyone that can provide the police with information that could lead to O’Brien’s arrest and prosecution.

O’Brien is believed to have links to the Ruislip area, in north-west London.

Detective Chief Inspector Noel McHugh, of the Homicide and Major Crime Command, said: "We are very keen to speak to Shane O'Brien as part of our on-going enquiries and we believe he could be anywhere in the UK.”

O’Brien is described as white, 6ft and of muscular build.

Mr Hanson’s family are “in pieces,” according to Detective Hugh.

"Josh was a hard-working young lad, up at 5am for his job as a roads planner and often working seven days a week,” he said.

“He had everything to live for and when he went out that Saturday night, no one could have imagined what would happen to him.”

Anyone with information about his whereabouts can call the incident room on 020 8785 8099 or contact Crimestoppers anonymously on 0800 555 111 or via crimestoppers-uk.org.

Matt Damon ‘hiding out in Dublin’ during the coronavirus pandemic