The bed were Ellie May Minshull-Coyle was tied before she passed away (Images: Lancashire Constabulary)

TWO people have been sentenced to 10 years for causing or allowing the death of a 19-month-old girl who was tied facedown to her bed.

Ellie May Minshull-Coyle died after she was caged and forcibly restrained inside a cot at her home in Lostock Hall, near Preston, England.

The toddler’s mother Lauren Coyle, 19, and her boyfriend Reece Hitchcott, 20, were found guilty two weeks ago of causing or allowing the death of a child, as well as child neglect.

On Friday, Mr Justice Dove sentenced the pair to 10 years in youth custody. 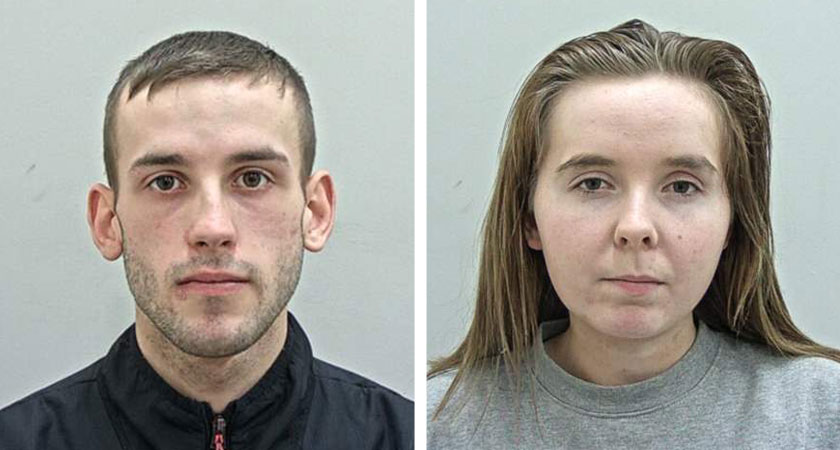 The pair were found not guilty of manslaughter.

Lancashire police have now released pictures of the bed where Ellie May was tied with blankets and ligatures, described by the judge as a ‘death trap’.

Slatted sides of a cot were tied to the bed with sheets placed over them to prevent the toddler seeing outside.

The court previously heard how Ellie May’s bed at the two-bedroom flat in Preston was ‘turned into a cage’, with a mattress and sheet also covering the window.

On the night of March 22/23, 2017, blankets and ligatures were used to tie the toddler into her bed. 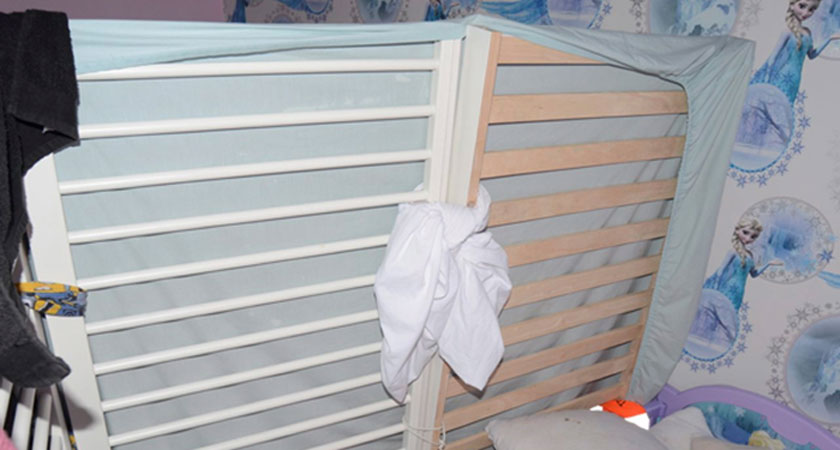 The bed was turned into a cage (Image: Lancashire Constabulary)

A duvet was then placed over her meaning that she was unable to properly regulate her body temperature.

At some point she stopped breathing and her heart stopped.

Police were called to the address on Ward Street on March 23 by paramedics who were treating Ellie May.

She was taken to the Royal Preston Hospital but sadly died a short time later.

A post mortem examination concluded the cause of death was “forcible restraint by ligatures in a facedown position complicated by hyperthermia”.

Detective Chief Inspector Zoe Russo, of the Force Major Investigation Team, said: “Ellie May was in the care of the very people that should have loved, cared and protected her.

“[On Friday] at Liverpool Crown Court, Lauren Coyle and Reece Hitchcott were sentenced for causing or allowing the death of Ellie May by caging and restraining her in her cot, which then meant she could not breath properly and sadly subsequently died. 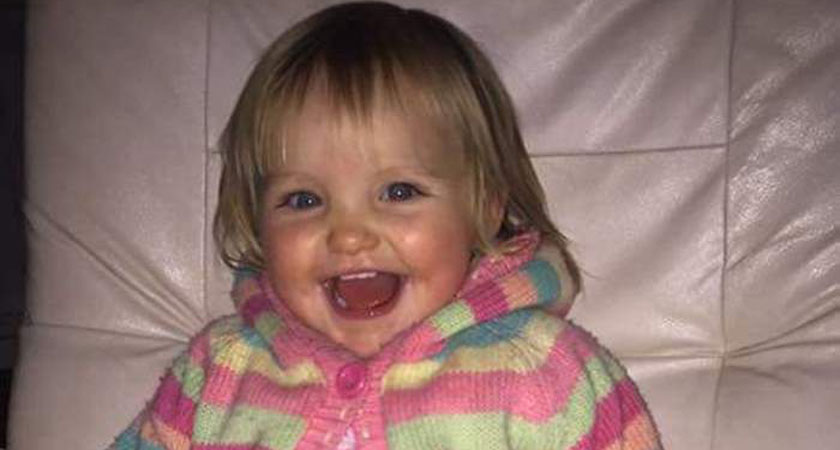 “This case has been very distressing for all parties concerned, particularly the family of Ellie May.

“I would like to thank Ellie May’s father and grandparents for the dignity with which they have conducted themselves throughout the investigation and trial.

“I hope the sentence means that they feel some level of justice for the death of Ellie May has been achieved and my thoughts remain with them.”

The couple’s lodger, Connor Kirby, 20, was found not guilty of all charges.