Police will take 'no further action' against pensioner, 78, who 'killed burglar' in his home

THE Metropolitan Police have announced that "no further action" will be taken against a London pensioner who was arrested after a burglar died at his home.

Suspected burglar Henry Vincent, 37, lost his life after being stabbed with his own screwdriver while scuffling with Mr Osborn-Brooks in his kitchen at around 12.45am.

Mr Vincent, who later died in hospital at 3.40am, had an accomplice who dragged him towards a van before leaving him for dead. He is yet to be caught.

Mr Osborn-Brooks suffered bruising to his arms and was questioned by police following his arrest.

His arrest sparked a huge public outcry with thousands taking to social media over the past few days to beg the police not to charge him. 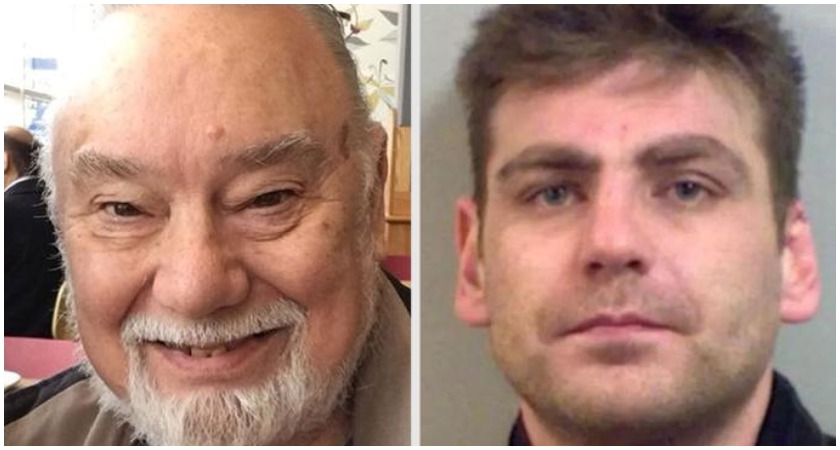 Henry Vincent [right] died after entering Richard Osborn-Brook's home in Hither Green on Wednesday (Image: Met Police)
However, the Met have now announced that no further action will be taken against the 78-year-old, who cares for his disabled wife Maureen at their home.

In a statement this evening, a Met spokesperson said: "A 78-year-old man who was arrested following a fatal stabbing in #Lewisham has today been informed that no action will be taken.

"Our thoughts remain with the families whose lives have been devastated by these events."

The decision not to charge Mr Osborn-Brooks was made following consultation between the Met and Crown Prosecution Service.

Officers have also informed the family of Mr Vincent of the decision and the reasons for it have been explained to them.

A 78-year-old man who was arrested following a fatal stabbing in #Lewisham has today been informed that no action will be taken. Our thoughts remain with the families whose lives have been devastated by these events. https://t.co/GT1Zf4cZNT pic.twitter.com/zJK4VJs4QJ

Detective Chief Inspector Simon Harding, of the Met’s Homicide and Major Crime Command, said: "This is a tragic case for all of those involved. As expected with any incident where someone has lost their life, my officers carried out a thorough investigation into the circumstances of the death.

“We have approached the CPS for early investigative advice, as required under the guidance. We have received and considered that advice, and, at present - on the evidence available - we will not seek a charging decision. Therefore, no further action will be taken against the man.

"Whilst there might be various forms of debate about which processes should be used in cases such as this, it was important that the resident was interviewed by officers under the appropriate legislation of the Police and Criminal Evidence Act; not only for the integrity of our investigation but also so that his personal and legal rights were protected.

“There will be an inquest in due course which will further review the circumstances into Mr Vincent’s death in a public forum.

"Our thoughts remain with the families whose lives have been devastated by these events."