POPE FRANCIS visited Knock this morning where he told tens of thousands of Catholics he ‘begs the Lord’s forgiveness’ for clerical abuse.

It follows meetings yesterday with survivors of clerical abuse, during which the Pope apologised and criticised those involved in corruption and cover-up, according to RTÉ News.

The pontiff’s comments today came as he addressed a crowd of 45,000 at a rain-soaked Knock, where he also led the faithful in the Angelus at the Marian Shrine. 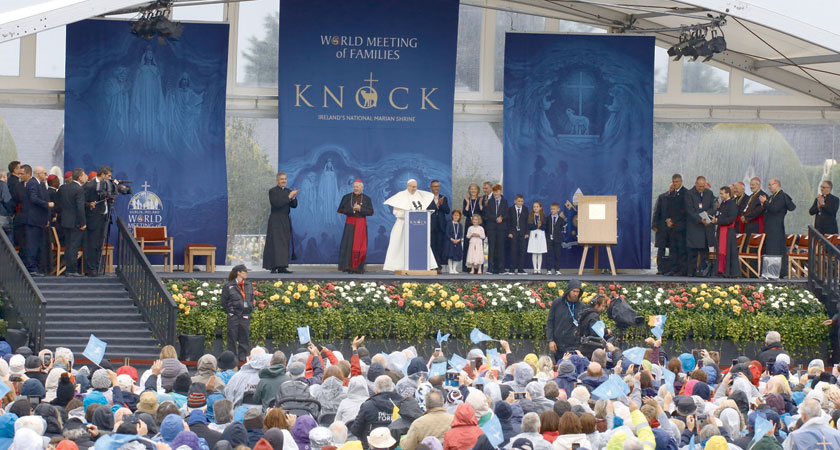 “None of us can fail to be moved by the stories of young people who suffered abuse, were robbed of their innocence and left scarred, distanced from mothers, abandoned, and left with painful memories,” he said.

"This open wound challenges us to be firm and decisive in the pursuit of truth and justice.

“I beg the Lord’s forgiveness for these sins and for the scandal and betrayal felt by so many others in God’s family. 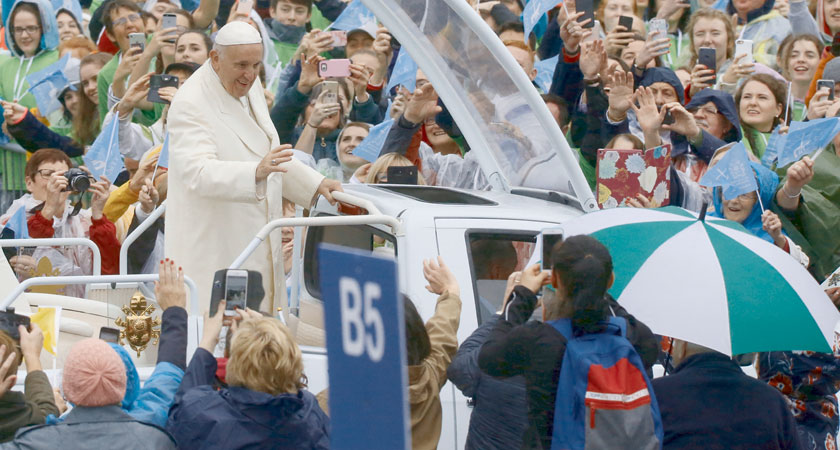 Thousands came out to welcome the Pope to Knock (Image: Sam Boal / RollingNews.ie)

“I ask our Blessed Mother to intercede for the healing of the survivors and to confirm every member of our Christian family in the resolve never again to permit these situations to occur.”

Pope Francis spent around two hours in Co. Mayo before jetting back to Dublin, where he will later say Mass at Phoenix Park, where 500,000 people are expected. 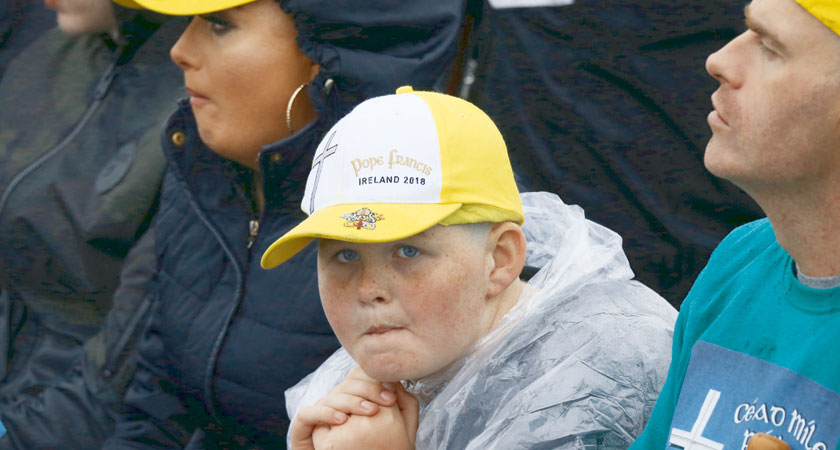 Pope Francis in Ireland: Thousands of Gardaí to be deployed over the weekend as security fears remain high