POPE FRANCIS has appointed a woman to a management role within the highest office in the Vatican, the Secretariat of State.

In doing so, she's become the first woman ever to hold such a senior role in the Catholic Church.

On Wednesday, Francesca Di Giovanni, an Italian lawyer and 27-year veteran of the Vatican, was appointed as undersecretary for multilateral affairs.

In the role, she'll be in charge of running a division that coordinates the Holy See's relations with the United Nations and other intergovernmental organisations around the globe.

Francis has been vocal about his belief that women should be given more significant positions within the Vatican and in the Catholic Church as a whole. 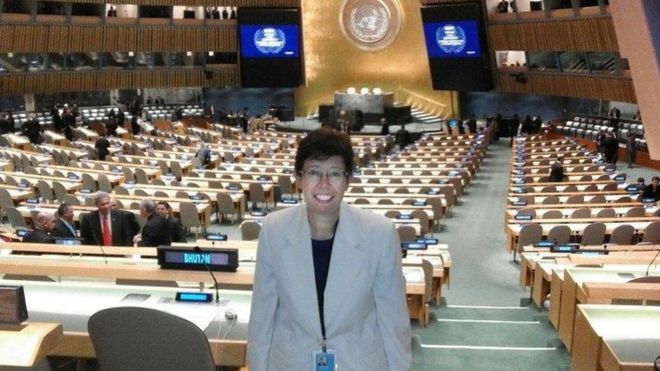 Ms Di Giovanni, 66, told the Vatican's in-house media that Francis' appointment demonstrated his attention to women and his commitment to giving them more power within the church.

"The Holy Father has made an unprecedented decision, certainly, which, beyond myself personally, represents an indication of an attention towards women," she said.

"But the responsibility is connected to the job, rather than to the fact of being a woman."

She added that she agreed with Francis' assertion that women have certain aptitudes as peacemakers, mediators and healers.

"I hope that my being a woman might reflect itself positively in this task, even if they are gifts that I certainly find in my male colleagues as well," she said.

This decision is the latest in a line of progressive steps made by Pope Francis in bringing the Church into the 21st-Century, so to speak.

Aside from his beliefs about women in the Church, Francis has also spoken positively about homosexuality and gay marriage, as well taking a more relaxed approach to the notion of celibacy.

The news comes just a couple of weeks after Francis was seen slapping a women's hand away during a gathering in St Peter's Square.

In the aftermath, Francis apologised and denounced violence against women.