POPE Francis became the first pontiff ever to visit North Macedonia on Tuesday as he was welcomed by the small Catholic community in the nation's capital Skopje.

The country, which recently changed its name from the Republic of Macedonia following a three-decade naming dispute with Greece, is a multi-ethnic and multi-religious nation with a Roman Catholic population of less than 1%.

The Papal visit is something of a coup for North Macedonia as it seeks entry into the European Union and NATO, and the Argentine pope's message of “peace, co-existence and justice” holds special significance in such a diverse country. 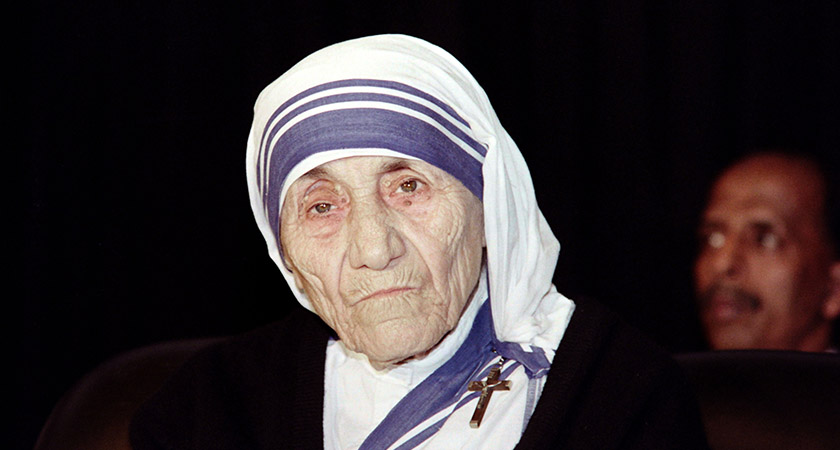 Francis has made “going to the peripheries” a focal point of his papacy – making efforts to visit countries with small Catholic minorities – and recently visited North Macedonia's neighbours Albania and Turkey as well as Sri Lanka, Morocco and the United Arab Emirates.

In Skopje this morning, the Pope stopped off at the Memorial House of Saint Mother Teresa – who was born to an Albanian family in the city in 1910.

He praised Saint Teresa, who he canonised back in 2016, for her dedication to God and the poor in front of an estimated 15,000 gathered on-lookers.

While the Pope’s visit was a political boost for North Macedonia, it was also undoubtedly a spiritual boost for the small number of Catholics who live and worship locally.

“It is magnificent that we came to see the Pope here in Macedonia because he has a message for the youth and the whole humanity, and we need to apply it in our lives,” said Kristiana Mjeshtri, a Catholic who had travelled from Albania.

Another worshipper, from Croatia, said: “I am a Catholic and it means a lot for me. Everything is about faith.”

Mother Teresa, we ask you to intercede with Jesus, that we too may obtain the grace to be attentive to the cry of the poor, the sick, the outcast and the least of our brothers and sisters. #ApostolicJourney #NorthMacedonia https://t.co/wDp161d9UW