Tea is an important part of Irish culture and could have an important bearing on the outcome of this month's Presidential election on Friday, October 26th.

Keen to tap into Ireland's tea-drinking demographic, the President has lent his likeness to a Michael D Higgins tea cosy and it's already proving a hit.

Higgins took to Twitter to reveal the rapid-fire sale.

He tweeted: "Four minutes in, and the Michael Tea Cosies are gone!"

Four minutes in, and the Michael Tea Cosies are gone! #MichaelDforPresident pic.twitter.com/oM17x4banb

People certainly appear keen on the cosies, responding to Higgins' tweet with requests for more.

One fan replied: "From where did you order the tea cosy? I NEED one in my life!"

Another simply said: "PLEASE GET MORE IN."

Given the speed with which they were sold and reaction online, more Michael D Higgins tea cosies are likely to be on the way very soon.

And while Higgins will see the sale as an indication of his enduring popularity and a sign that he's in a good position going into the election, others may think differently.

After all, with autumn now here and winter on the way, a tea cosy is an essential purchase for any sensible tea drinker in Ireland. 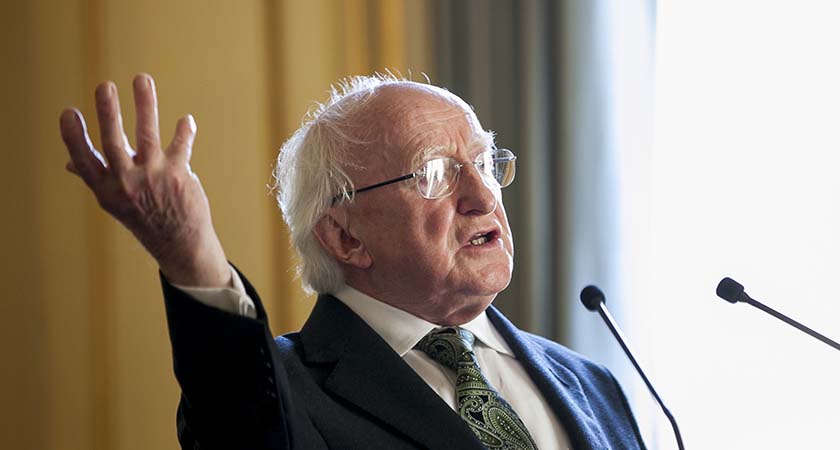 President Higgins was at the Embassy of Ireland to launch his book, When Ideas Matter: Speeches for an Ethical Republic (Picture: RollingNews.ie/Aras an Uachtarain)

It's not the first Michael D Higgins-related item to sell out fast either.

Just a couple of days ago, Michael D Higgins t-shirts sold out online in just a few short hours.

President of Ireland for the past seven years, it would appear that Higgins is as popular as ever.