THE Republic of Ireland is now the least Christian part of the English-speaking world, a priest in Northern Ireland has said.

Church of Ireland rector Rev Trevor Johnson accused "at least one" unnamed Church of Ireland bishop in the Republic of "duplicity" on same-sex issues and claimed "several Irish bishops have not spoken unambiguously" on abortion.

He also claimed "God is now seen as redundant and unnecessary" in the Republic, in apparent contrast to the North.

"The Republic of Ireland is the least evangelised part of this island, and in fact the entire English-speaking western world," Rev Johnson told the evangelical newspaper Australian Church Record. 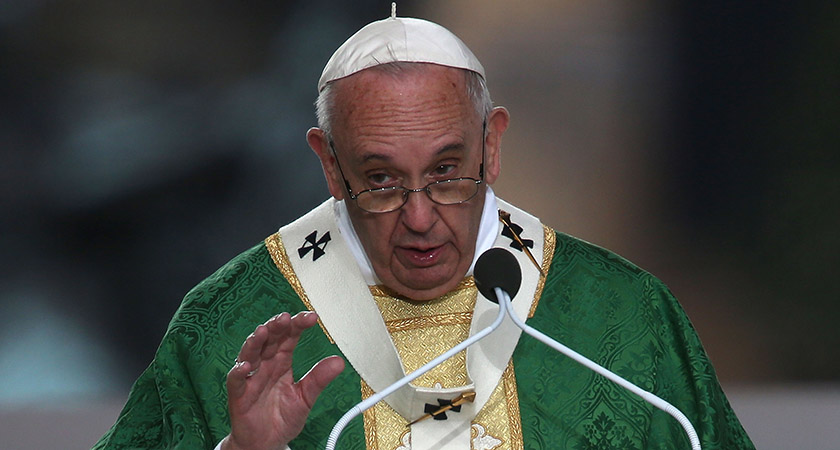 Pope Francis will visit Ireland in just over a month's time (Image: Getty)

"This is in contrast to Northern Ireland, where there are a number of large churches.

"There is significant overall decline in the denominations on the island, but the Church of Ireland in the South is feeling this most acutely. The age profile is old, the reach is small and the major urban centres lack any kind of strong ministry".

The conservative clergyman added that the Republic "has now come of age as a western European nation, rejoicing in having thrown off the shackles of its Roman Catholic heritage.

"For the southern Irish, God is now seen as redundant and unnecessary.”