A WOMAN who claimed that a Primark security guard in a Leicester store assaulted her whilst she was breastfeeding her baby is due to appear in court.

Caroline Starmer, 28, of Leicester, has been summoned to appear at Leicester Magistrates’ Court on Monday, August 24, charged with intent to pervert the course of public justice.

She claimed that a security guard forcibly removed her baby from her whilst she was breastfeeding in the store on Monday, July 13.

Ms Starmer also said the security guard told her that if she wanted her daughter “I was to come and get her”.

In a statement, Primark said: "Primark has cooperated fully with police investigators, and will not be commenting further on the ongoing proceedings against Mrs Starmer."

At the time, The Free to Feed group responded: “This is absolutely disgusting. Primark sort it out!! This woman deserves more than a public apology! I actually feel sick with rage.” 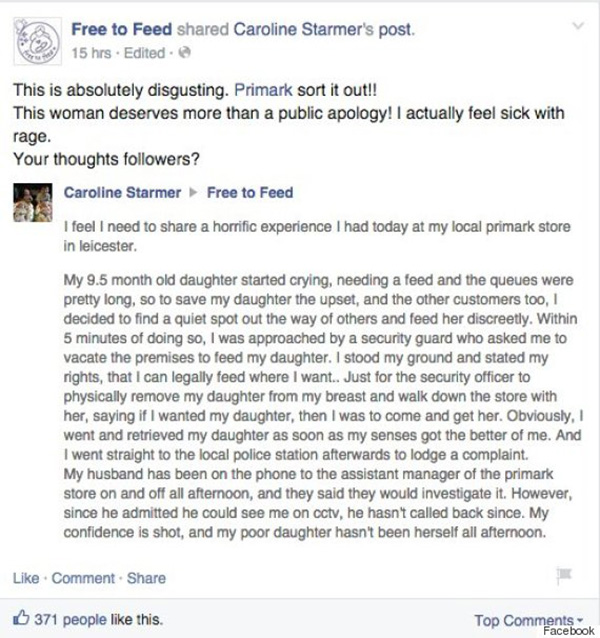