AS THE first day of Prince Charles and wife Camilla's visit to Ireland came to a close yesterday the pair enjoyed dinner with President Michael D Higgins and his wife Sabina.

The private dinner, held at Lough Cutra Castle near Gort in Galway, marked the end of the first of the Prince of Wales’ four-day visit in Ireland.

Having arrived at Shannon Airport yesterday morning, Prince Charles’ first stop was at the National University of Ireland Galway (NUIG), where he engaged in an historic handshake with Sinn Féin president Gerry Adams.

The Prince made his first official speech of the state visit at the university, before moving on to the Marine Institute in Oranmore and the Buren in Co. Clare.

Last night Prince Charles and his wife stayed at Lough Cutra Castle, where tight security measures were in place.

Today the royal pair will visit Co. Sligo, where a civic reception will be held, followed by a Peace and Reconciliation service at St Columba’s Church in Drumcliffe.

While there they will also visit the grave of Irish poet William Butler Yeats.

The couple will then head to the town of Mullaghmore – where Prince Charles’ great-uncle Earl Mountbatten was killed in an IRA attack – to meet members of the local community, in what is expected to be an emotionally charged event.

Minister for Foreign Affairs Charlie Flanagan will attend today’s significant events in Sligo, claiming they will “further cement the reconciliation work of recent decades which Prince Charles has made a strong contribution through his previous visits to Ireland”.

He added: “I look forward to joining the visit programme in Sligo, where the theme of peace and reconciliation will be highlighted in particular.” 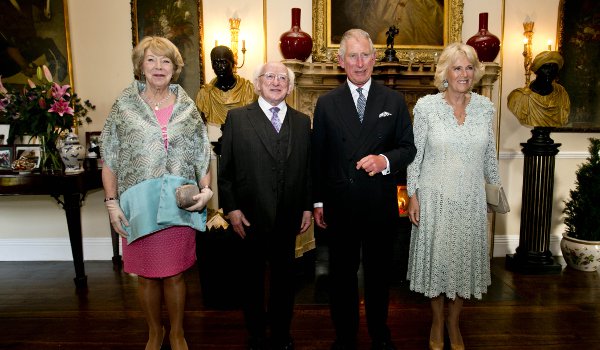