"There were a few questions asked of us as a group, and today we have come up with the answers" - triumphant return for Liam Sheedy as Tipperary claim 28th All-Ireland

GOALS from Seamus Callanan and Bubbles O’Dwyer took the game away from 14-man Kilkenny in an ultimately one sided contest at Croke Park that finished 3-25 to 0-20 to the victors.

Brian Cody’s men were leading by five points in the early stages of the contest, with TJ Reid’s precision underlining their dominance.

Niall O’Meara’s goal dragged Tipperary back into the match just when they needed it but the game truly hinged on Richie Hogan’s dismissal for a late hit on Tipp's Cathal Barrett shortly before the interval.

Tipperary were utterly ruthless in exploiting the gaps in the second half and closed out their 28th senior hurling success with something to spare. 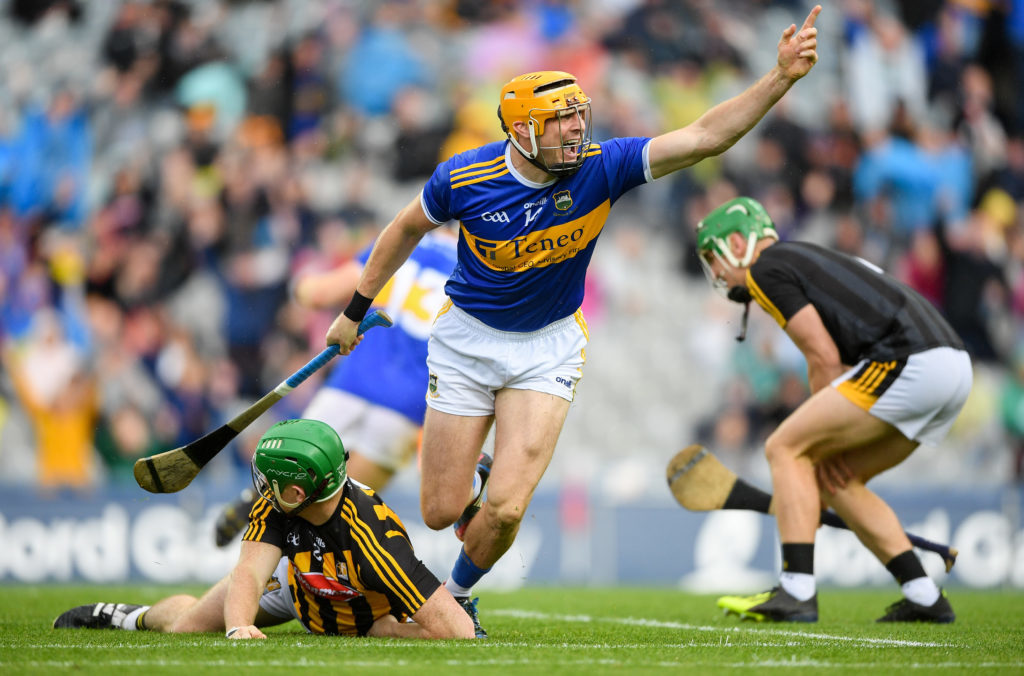 Séamus Callanan of Tipperary celebrates after scoring his side's second goal during the GAA Hurling All-Ireland Senior Championship Final match between Kilkenny and Tipperary at Croke Park in Dublin. (Photo By Eóin Noonan/Sportsfile via Getty Images) 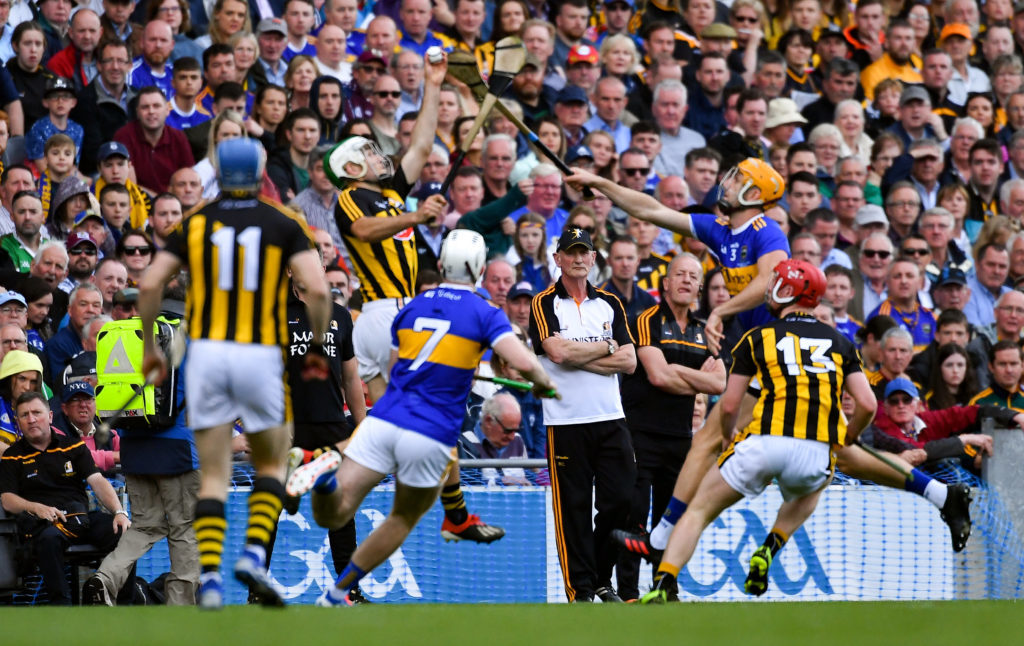 Losing manger Cody said he was “amazed” by the red card decision and felt there was enough doubt there for referee James Owens to hold off on a match-altering call at that early juncture.

“I was close to it and I was amazed,” he said afterwards.

“But we’re not going to be making any excuses for not winning the game, we were beaten and beaten well on the final score. But it’s a huge decision to make, to show a red card and you want to be very definite before you do a thing like that.

“Certainly, it took the referee a long, long time to make up his mind. He consulted his linesman and he consulted the player [Barrett], he went over to have a look at him, and I would say that if he knew for certain what it was going to be he would have made his mind up straight away. But that’s what he did.” 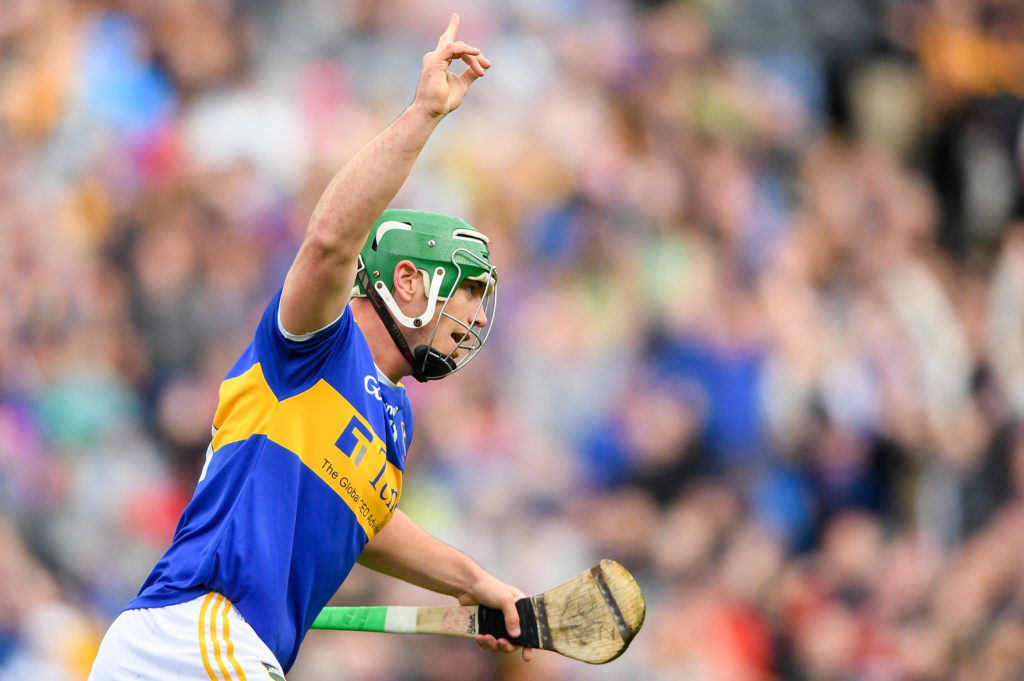 Tipperary goalscorer Bubbles O’Dwyer revealed it was a few home truths delivered by Liam Sheedy and his backroom staff before the campaign began that fired him up this year.

Winning manager Sheedy viewed O’Meara's opening goal – rather than the red card – as the turning point for his side.

"This game of hurling can change in the puck of a ball - one goal can make all the difference,” he said. 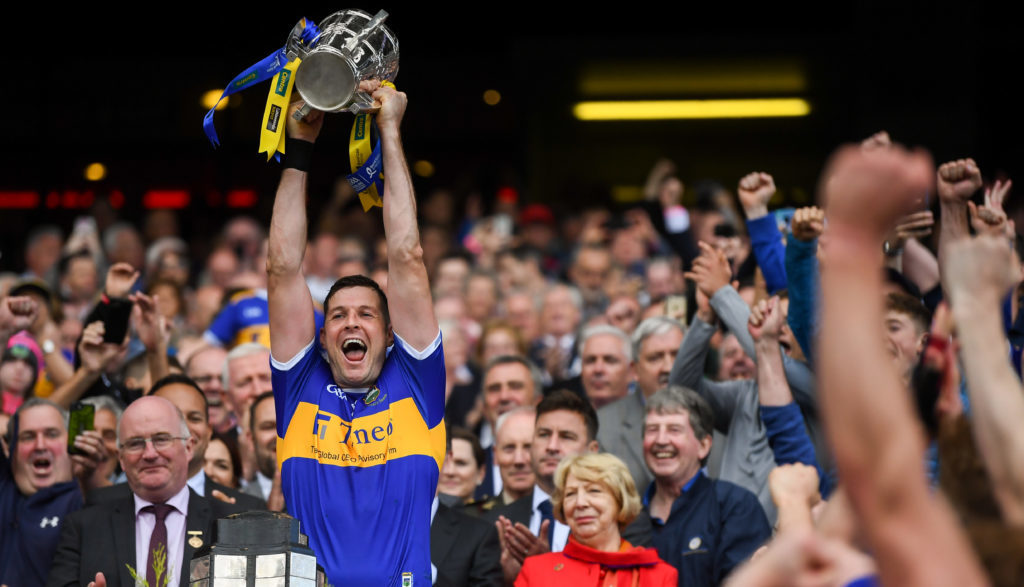 “We felt that we had to retain composure - sometimes we wasted ball and didn't take the right option. We set ourselves very high standards.

"When they did take the right options, we were very impressive. We were sucking for air there in the first half and trailing by five points. The goal by Niall O'Meara was a massive score."

He added: "I suppose when we started back in November, this was the dream but we felt a long way away from it. We had a bit of a blip in the road at the end of June. There were a few questions asked of us as a group, and today we have come up with the answers.  It was an outstanding victory and we're absolutely thrilled."