ON 7 December, 2000, Trevor Deely went with his colleagues to a work Christmas party in Dublin. It was the last time he was ever seen.

A new Garda appeal has been launched ahead of the 20th anniversary of Trevor's disappearance, with the aim of potentially jogging people's memories and bringing new information to light. 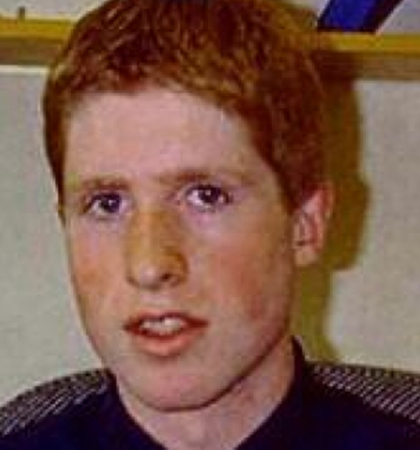 On the night he disappeared, Trevor, a 22 year old bank employee with the Bank of Ireland, attended a Christmas party in the Hilton Hotel on Charlemont Place near Portobello.

He continued on to a nightclub on Leeson Street with some colleagues, and left at around 3.30am.

Trevor was making his way back home to Serpentine Avenue in Sandymount, but stopped at his office in the Bank of Ireland Asset Management on Wilton Terrace to pick up an umbrella as it was raining heavily.

CCTV footage of the night shows Trevor arriving at the gates of the bank, where he is approached by a man dressed in black who had been standing there for around 30 minutes prior to Trevor's arrival. The two speak momentarily before Trevor enters the bank.

This man has never been identified.

Trevor is then seen leaving the bank around 30 minutes later, and walks down Wilton Terrace towards Baggot Street Bridge. As he is walking home, he calls a friend in his hometown of Naas, leaving him a voicemail promising to chat with him again soon and stating he is on his way home.

Trevor never made it home that night, and that voicemail is the last known contact anyone had with him.

He was spotted on CCTV one final time, at 4.14am on Haddington road. 34 seconds later, another unidentified man is seen walking behind him in the same direction.

Gardaí believe this man is the same unidentified man who approached Trevor at the gates to the Bank of Ireland.

Officers investigating the disappearance of Trevor Deely 20 years on are still seeking this man in connection with his disappearance. 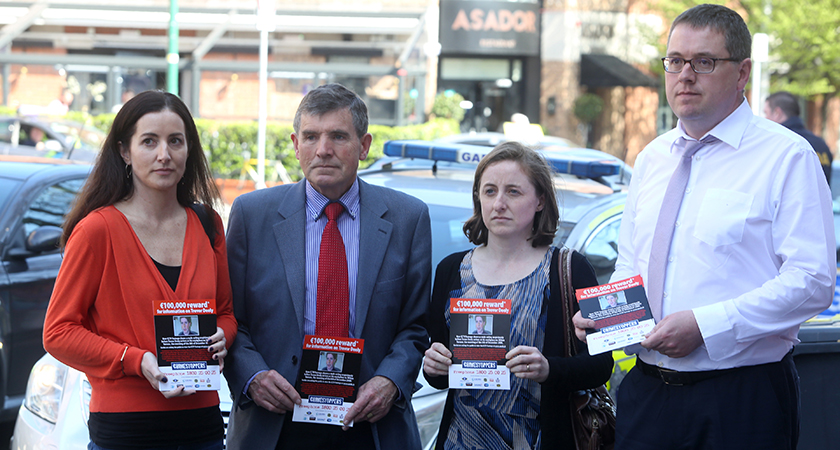 Family Members Sister Michelle, father Michael, sister Pamala and brother Mark Deely on Haddington road doing a leaflet drop with members of An Garda Siochana. In 2018, at a media briefing in Harcourt Street Station a New Crimestoppers Appeal for information on the disappearance of Trevor Deely was launched with a reward of 100,000 euro. Photo: Sam Boal/RollingNews.ie

Two years ago, a major Crimestoppers appeal was launched to help find Trevor. A €100,000 reward was offered for any investigation that would lead to finding out what happened to the missing man, who would now be 42 years of age.

Anyone with information into Trevor's disappearance or any witnesses who believe they may have seen something are urged to contact Gardaí immediately by calling any Garda station or contacting the Garda Confidential Line on 1800 666 111.