Rio 2016: Unheralded athletes like Fiona Doyle are the real story of the Olympic Games

FIONA DOYLE arrived breathless from the pool, distraught at what had just unfolded.

Having narrowly missed out on a place in the semi-finals of the 100metre breast stroke, she’d discovered her best wasn’t good enough.

Yet, even though there was mist in her eyes and a choke in her throat, there was every reason for her to hold her head high.

She is 24, which is old in swimming terms. This, then, may be her last Olympics. But if it is, she has every right to consider herself a winner rather than a loser.

Ranking 20th in the world is a serious achievement even in a culture where first, second and third are the only positions that seem to matter.

And therein lies the problem with the modern Olympic Games. Ever since 1936, when Hitler’s Games highlighted how corrupt politicians were capable of hijacking sport for their own propaganda purposes, the Games have been polluted.

There was the East German sporting regime that stank, the Soviet one which was nearly as bad, before privately motivated athletes and their ego-driven coaches proved to be as capable of cheating as those who performed under the duress of a state-sponsored programme. 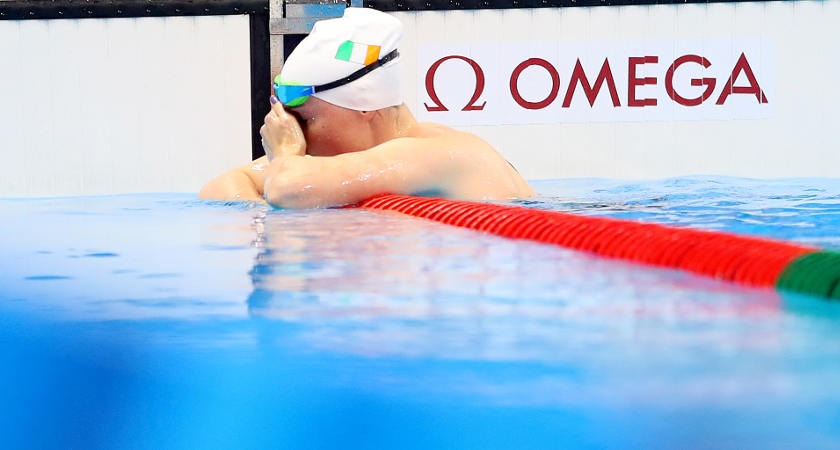 Ireland's Fiona Doyle after seeing the results[©INPHO/James Crombie]
And it has served to turn people off the Olympics. Once, it was the biggest show in world sport; now everyone wonders if it is a competition between the world’s best athletes or the planet’s leading pharmacists.

So as we question the validity of almost every sport, it is a reason why someone like Fiona Doyle has to be celebrated, not just because of the fact she is the 20th best breaststroke swimmer over 100m in the world, but because amid the foul dust, there is a purity in her performance.

Doyle’s heat on Sunday was won by Yulia Efimova – a Russian swimmer who had a positive test on her record and who was named by the IOC as one of the Russian athletes who were to be banned from the Games on the back of an investigation into the country’s policy of state-sponsored doping. 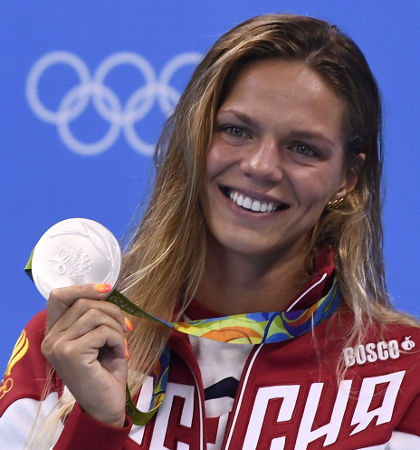 Russian Yulia Efimova [Picture: Getty]
THE Olympics is being overshadowed by the cheats and the charlatans rather than the many hardworking, legitimate athletes in Rio, writes Garry Doyle.

However, Efimova successfully appealed the International Olympic Committee’s (IOC) decision to the Court of Arbitration for Sport (CAS). Allowed back to the pool, she progressed while Doyle went out.

“And FINA caved in to (Vladimir) Putin, and that’s just not fair on the rest of the athletes who are clean. Who are you supposed to trust now? They have signs all over the village saying we are a clean sport, and it’s not. And I just don’t think that’s fair.”

“There’s just been too much focus on cheaters, and I don’t like adding to that, but at the same time I think it has to be put out there,” Doyle said.

Well said, and if the Olympics are to regain the trust and interest of a sceptical public, then it needs to cleanse itself of athletes like Efimova and regimes like Putin’s. For their part, public opinion also has to view a swimmer finishing in 20th place as an athlete that deserves our respect – not one we forget about in an instant.

Imagine if an Irish golfer (aside from Rory McIlroy) was ranked in the world’s top twenty? He’d be the marketing man’s dream. Doyle, in contrast, is unknown outside her swimming and family circles.

Equally as uncelebrated is Kieran Behan. Even though his is a story which not only encapsulates the original Olympic ideal but which, by rights, is one of the most inspiring tales in modern Irish sport. 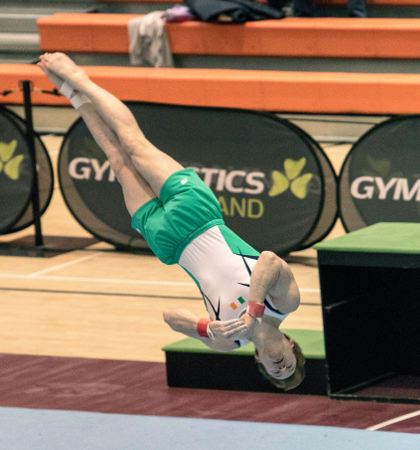 Kieran Behan in action [Picture Inpho]
First, a benign tumour on his leg left him in a wheelchair for 15 months before a head injury from a fall put him back in a wheelchair for another spell. Yet somehow he resumed his career after a three-year absence and worked his way up to be among the world’s elite.

He made it to the London Games four years ago, just the second Irish male gymnast to represent their country at Olympic level, and qualified for Rio again.

Then, last Sunday, he showed the world precisely what he is made of, dislocating his knee in the floor event before deciding not to quit, but to carry on.

While his name won’t make it onto the marketing man’s desk, and while 38th – his finishing position – won’t lead to streets being named in his honour or open top bus parades being organised, the sheer depth of his bravery makes his a tale that encapsulates everything the Olympics should be about.

Tragically, though, it’s overshadowed by the cheats and the charlatans.