RITA GILLIGAN has probably met more rock artists, politicians and Hollywood stars than most waitresses from Galway City, indeed anyone from Galway.

Bruce Springsteen, Eric Clapton, Pattie Boyd, the Beatles, the Rolling Stones, Prince Harry have all chatted with her; Tom Jones she regards as an old friend.

She has even thumped Donald Trump on the back — in friendly fashion — when he came to dine at a branch of the Hard Rock Cafe.

Rita was one of the very first waitresses in what was a pioneering restaurant; the outfit that decided to serve real hamburgers to English people, followed by the world.

Today, at the age of 76 and after having been with the company since 1971, Rita is a cultural attaché, a global roving ambassador who jets in when a new branch of company is opened, whether in Washington or the Middle East.

Her duties include imbuing the spirit of the Hard Rock to prospective employees, orchestrating  its impressive opening nights and heading up Hard Rock’s charity campaigns.

So how did a young woman from Galway — who had travelled to London to find work, got married in Kilburn, and reared three children — find herself at the cutting edge of one of the world’s most recognisable restaurant brands?

The story is simple enough: a mixture of bravado, talent and hard work. “You don’t get anywhere by sitting on your backside,” is Rita’s mantra.

Back in 1971 Rita’s husband was browsing through the Evening Standard. Spotting an advert he hollered through to her: “They’re looking for people like you.” 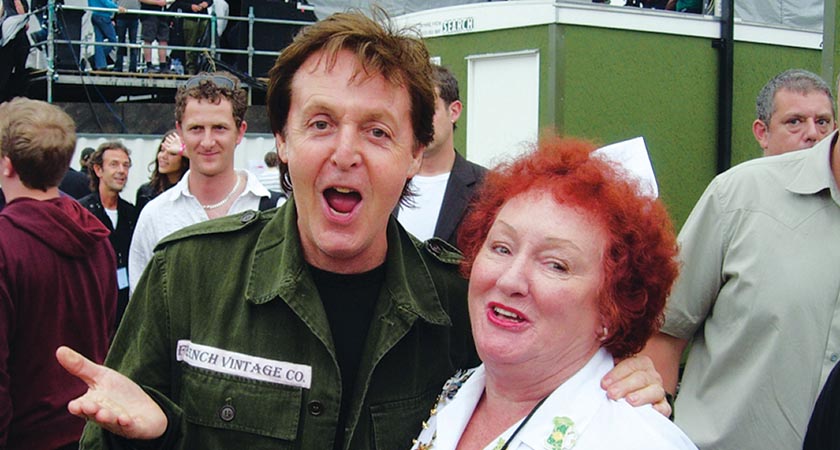 A journey from Kilburn to the rest of the world

“Twenty nine back then was different to what it is today. I felt I could get away with it. I was mature, knew all about life. So I headed into central London and found myself at Hard Rock. I was living in Kilburn, so I caught a bus to Park Lane.

“I was expecting to be greeted by a man in a tuxedo - normal back then for a fine-dining establishment. Instead there was a young guy stood at the door, hippy looking chap  - long hair, jeans. I assumed he was a dishwasher so I gave him a friendly nod and went past.

“‘I’m looking for the manager or the head waiter,’ I said. No need, he said, he was the owner.

It turned out he was Hard Rock co-founder Peter Morton.

The Hard Rock Cafe, when it opened, was like nothing London had seen before.

This was back when the choice largely speaking a very expensive restaurant, a Wimpy bar or a pie in the pub.

McDonald’s hadn’t arrived, and even Chinese and Indian restaurants were still in their infancy. The gastronomic landscape was very bleak.

“It was also the first classless restaurant – everybody could come in  the banker, the baker, the bin man. They were all welcome, and we taught people how to eat with their fingers.

“People said wouldn’t last three months because we wouldn’t be able to sell burgers to English people. We started off with 46 employees; now we employ 42,000 people around the world. Sometimes I think I've met most of them.”

Fast forward to June 13, 1996 and the 25th anniversary of the company. “The CEO at the time called me at about two minutes to midnight and he said, ‘You’re going to travel the world and you’re going to teach the message of the Hard Rock Cafe.’”

Rita, the girl from Galway, was no longer a waitress. She was an ambassador for one of the truly innovative businesses founded in the last century. 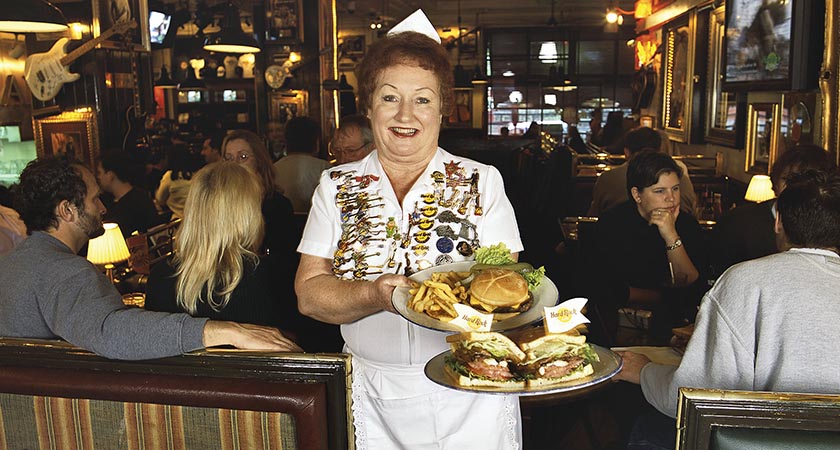 Rita Gilligan in full flow at the Hard Rock Cafe

Rita has now written her memoirs The Rock and Roll Waitress at the Hard Rock Cafe.

The book goes from her early upbringing in Co. Galway a childhood that was hard but happy — to the heights of her career when she was awarded an MBE from Queen Elizabeth for services to the tourism industry.

But it’s more than just a “here’s who I met” sort of book. It gives a real insight into the restaurant world, mixing the anecdotal with the serious.

Rita also gives a glimpse of her life as an immigrant to Britain, as well as her personal circumstances.

“I was married to a wonderful man called Tony who became the father of my three beautiful children. Unfortunately, not everything ran smoothly in our marriage but I believe that’s where fate also played its hand.

"Tony has passed away now, but I will always respect him as a husband and father, although married life turned out very different to how I hoped it would be.”

Rita Gilligan has come a long way since her earliest job in the Great Southern Hotel in Galway. She started with the Hard Rock Cafe almost on a whim, and has stayed with them ever since.

“When the first Hard Rock opened in 1971, London was in a depression,” she says. “The people needed smiles on their faces...We got them going again because we had something to offer that no one else in the world had to offer.

"We had spirit, rock ‘n’ roll, great food, and we had charity work. We devote so much of our time to charity.

"The founders, they might have been a pair of crazy hippies who could be ruthless when it came to firing people – but Isaac and Peter both proved over the years that they have hearts of gold with their generosity to others and I loved them for it.

"So I think we’ve given back something as well. And that’s from day one, and I know that, because I’ve been there since day one.”

The Rock and Roll Waitress at the Hard Rock Cafe is out November 3, 2016 published by Ebury Press 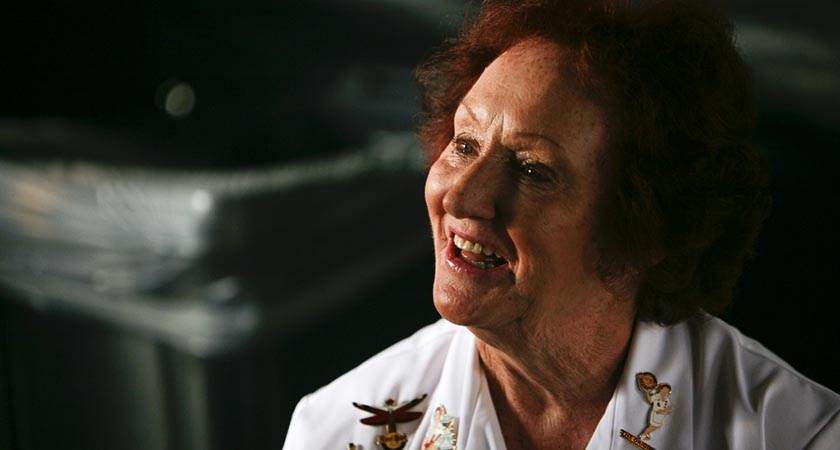 The Hard Rock Cafe — the facts