ROBERT DE NIRO was desperate to track down the long-lost relatives that helped make the star of The Irishman an actual Irishman.

The 78-year-old actor has always celebrated his Irish heritage. De Niro is actually more Irish despite his name woud suggest.

Of De Niro’s four grandparents, three were of Irish ancestry.

Three of Robert De Niro's grandparents were Irish. In 1962, as a teenager, he hitchhiked from Dublin to Galway and travelled by ferry to the Aran Islands. #IrishFact pic.twitter.com/8RYhy04IvS

Below he recounts how he even traveled around Ireland as a teenager in the 1960s. His father, Robert Sr, was half-Irish, his mother was Helen O’Reilly, and all of her side of the family are Irish.

However, until the film, he’d struggled to track down any actual distant living relatives that could help him fill in the blanks when it comes to his family’s long-lost life in Ireland.

It’s a situation that has left De Niro searching for answers but so far unable to find them.

“Yeah, I have Irish roots. My mother’s Dutch, French and German. And my father was Irish and Italian,” he told the Irish Sun.

“I’ve been trying for years to find relatives there.

"For some reason, it’s not easy. Italy was easier.”

De Niro lifted the lid on his search ahead of the release of The Irishman, Martin Scorsese’s latest crime opus centred on the real-life exploits of mob enforcer Frank Sheeran.

Based on Charles Brandt’s book, I Heard You Paint Houses.

The book is based on the death bed testimony of Sheeran himself, who claims to have had a role in the death of labour union leader Jimmy Hoffa.

More significantly still, Sheeran claims to have played a part in the assassination of John F. Kennedy and claims Hoffa’s threats of going to the press or police with information about JFK was what got him killed.

Speaking to the Irish Sun, De Niro explained what drew him to the part.

"It was fascinating and simple,” he said. “I liked the character: how he was introduced to this world and slowly saw how it worked.”

The Irishman runs for exactly 210 minutes or three-and-a-half hours and streaming on Netflix started on November 27, 2019.
It is still availalbe across Netflix today . 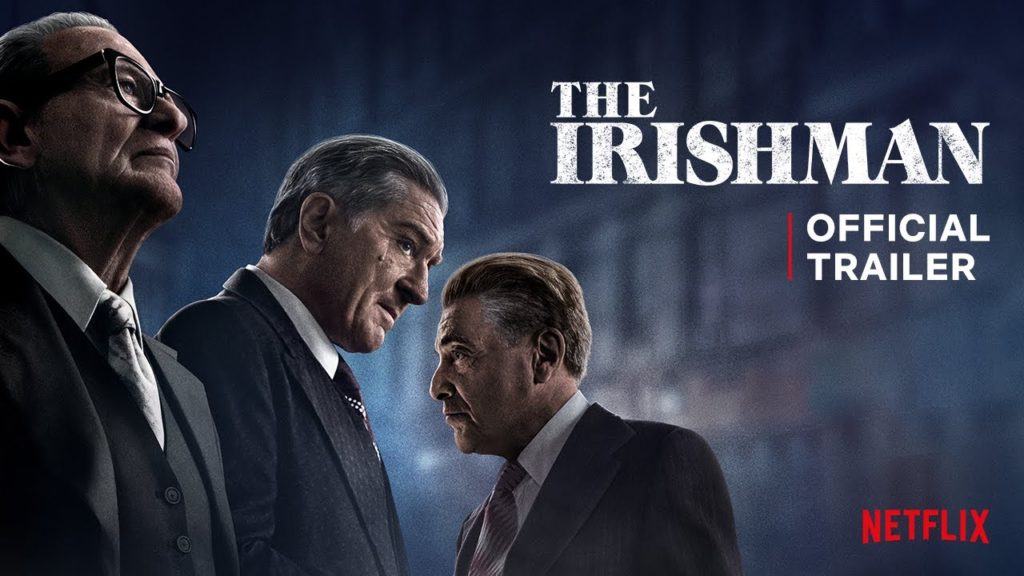