CONVICTED PAEDOPHILE Rolf Harris is being investigated amid reports the disgraced children’s entertainer entered the grounds of a primary school and waved at pupils.

According to the Daily Mirror, the former TV star went onto the grounds of Oldfield Primary School near his home in Maidenhead this past Tuesday afternoon, February 5th.

Harris was reportedly on the premises to talk to a sculptor who was working there.

The school’s head teacher, Richard Jarrett, explained to The Mirror: "We've got a wood sculptor working close to the road at the moment and Rolf Harris lives about three doors down from the school.

"He must have seen him (the sculptor) and come into the school area. He had no access to the children whatsoever.

"I went over and shook his hand and introduced myself. He explained what he was doing - that he was getting some wood from the sculptor. I said, 'You need to go'."

Thames Valley Police have confirmed that officers were called to the school later that day.

"A report was made that a man was on the site of the school. An officer attended the scene but no offence was committed,” a statement read. “No arrests were made." 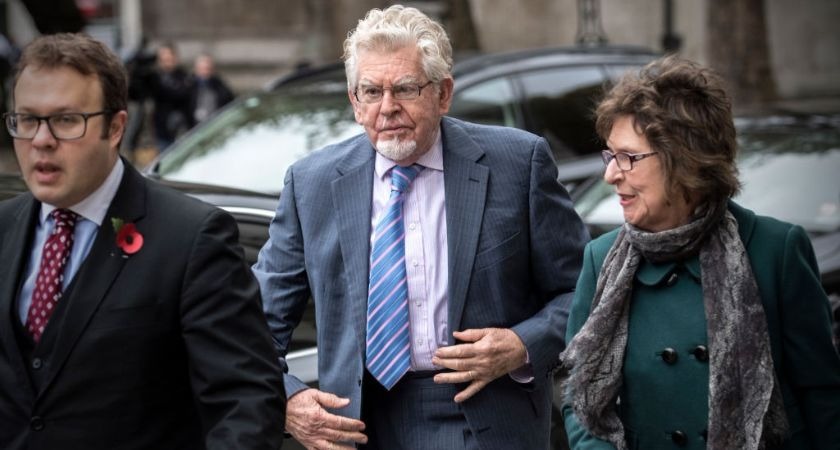 The Ministry of Justice has also confirmed to Sky News that it is investigating whether Harris was in breach of any of his release conditions.

"When sex offenders are released they are subject to strict licence conditions and are liable to be returned to custody for breaching them,” a spokesperson told the broadcaster.

"We are looking into these reports and will take appropriate action."

Harris was convicted of 12 indecent assaults in 2014.

One of these convictions involved an eight-year-old while two of the assaults were on girls in their early teens.

Harris appealed his convictions and later had one of the 12 assaults overturned.