RYANAIR customers have been urged to boycott the Irish airline and use other carriers in protest over the introduction of new luggage rules.

From today, Ryanair fliers who take a suitcase into the cabin with them will have to either pay £5 for 'Priority Boarding' or stow it in the hold for free.

The new rules replace the previous policy which allowed passengers to bring one item of luggage onboard for free.

Now, Ryanair customers in Spain have been advised to use "kinder" airlines in the wake of the low-cost carrier's policy change.

The Spanish Association of Users, Employers and Professionals of Air Transport (ASETRA) ha slammed the new charges as "looting" travellers.

The organisation dubbed the new baggage conditions "disproportionate" and called upon Spain's Ministry of Development to cut back on Ryanair's slots in Spain.

ASETRA added that the changes are "a clear abuse".

They said in a statement: "This new condition violates the rights of passengers at a time when Ryanair enjoys a dominant position in the Spanish air transport market.

"This prevents users from choosing other airlines in some routes that the Ryanair company exclusively carries out and thus limits their ability to choose." 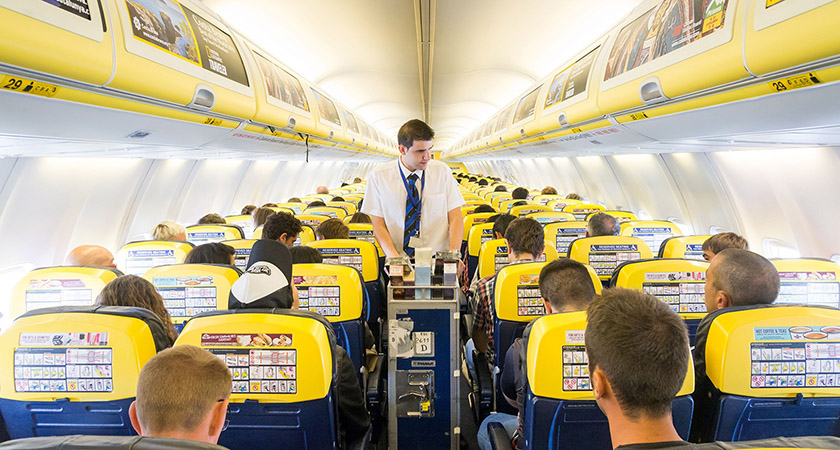 ASETRA believe the new baggage conditions can be challenged in court (Picture: iStock)

ASETRA believes that Ryanair's new policy can be challenged in the European courts or through the Spanish Agency for Aviation Safety.

It is encouraging travellers who bought their tickets before the new rules were announced in September 2017 to take legal action over a "change of contract in the agreed conditions".

But Ryanair are standing firm, with chief marketing officer Kenny Jacobs saying the new rules are "fair" and will prevent delays.

“These claims are baseless. Since we announced this new policy, we have had a positive reception from our customers," he told The Irish Post in a statement.

“This new policy is fair, will speed up boarding and will eliminate any risk of Ryanair flights being delayed because of too many bags being brought on board.

“These new bag rules are centred around lower checked bag fees and bigger bag allowances, changes which will cost Ryanair up to €50m p.a. so we hope our customers will enjoy and welcome them.

“All Ryanair customers can still bring 2 free carry-on bags but because of our heavily booked flights (94 per cent load factors), we don’t have space on board for this many wheelie bags so are asking non-priority customers to put their bigger bag in the hold – free of charge – from today in order to eliminate boarding delays and improve our industry leading on-time departures.”

However, many Ryanair passengers remain unconvinced over the changes to the airline's luggage policy.

One tweeted today: “Had to pull a bunch of stuff out of my snowboard bag at the check-in desk even though all our other bags were under.

“Luckily we had priority so could take two items of hand luggage but then guess what ... at the gate we got asked for items to go in the hold #WhatAFaff."

While another wrote: “I understand that if my hand luggage gets damaged I hold you responsible? I bought tickets before your change, this is not right."