RYANAIR HAS announced it will be closing its Cork and Shannon bases due to a huge drop in numbers.

The company had threatened to pull operations from Cork and Shannon Airport multiple times since the coronavirus pandemic closed borders across the world, and repeatedly urged the Irish government to rethink the 'green list' and other travel restrictions.

Now, following the news that Ireland is going into harsher restrictions, with a ban on household visits from midnight, along with potential €200 fines for anyone caught travelling abroad, the airline giant has confirmed it will close the two bases for the winter season. 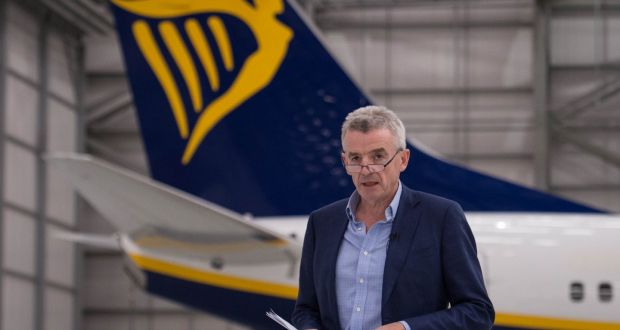 Ryanair CEO Michael O'Leary confirmed the news in a statement, and also said the company will make cuts in its Belgium, Germany, Spain, Portugal and Vienna bases as well as the two Irish areas.

"While we deeply regret these winter schedule cuts they have been forced upon us by Government mismanagement of EU air travel," CEO O'Leary wrote in a statement.

"Our focus continues to be on maintaining as large a schedule as we can sensibly operate to keep our aircraft, our pilots and our cabin crew current and employed while minimising job losses."

"It is inevitable, given the scale of these cutbacks, that we will be implementing more unpaid leave, and job sharing this winter in those bases where we have agreed reduced working time and pay, but this is a better short term outcome than mass job losses."

Minister of State Niall Collins had previously responded to Ryanair's threats to leave Ireland or close its bases, urging them to "realise that the government has to have the interests of the population and of the country and the economy first."