ISRAELI SCIENTISTS believe they might have just found the cure for cancer and say they will be able to offer it to patients within the year.

The Jerusalem Post reported that a small team of experts have developed a treatment that works almost like an antibiotic.

The treatment, called MuTaTo (multi-target toxin), will use cancer-targeting peptides that are specifically designed to destroy cancer cells.

Dan Arido, who works for the firm developing MuTaTo said back in January: “We believe we will offer in a year’s time a complete cure for cancer.”

“Our cancer cure will be effective from day one, will last a duration of a few weeks and will have no or minimal side-effects at a much lower cost than most other treatments on the market,” he added. 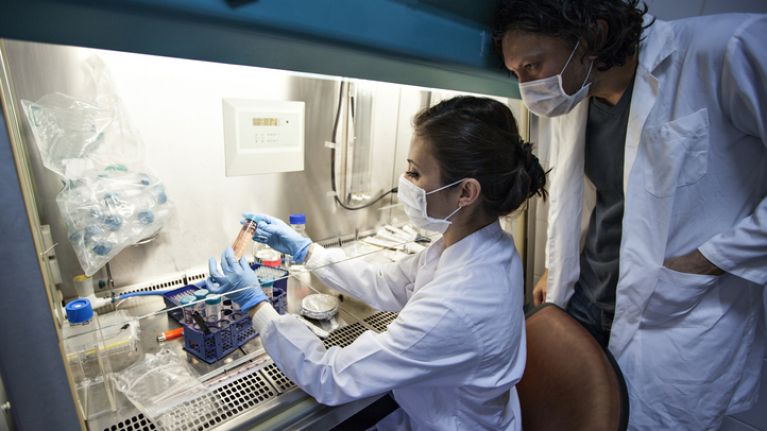 Israeli scientists believe they may have the miracle cure

Patients will apparently each receive personalised treatment, unique to their condition.

Company CEO Dr Ilan Morad said that they’ve concluded experiments on mice with promising results. Tests showed that the treatment inhibited human cancer cell growth and had no effect at all on healthy mice cells.

“We made sure that the treatment will not be affected by mutations; cancer cells can mutate in such a way that targeted receptors are dropped by the cancer,” he said.

“The probability of having multiple mutations that would modify all targeted receptors simultaneously decreases dramatically with the number of targets used.

“Instead of attacking receptors one at a time, we attack receptors three at a time - not even cancer can mutate three receptors at the same time.

“If it does not completely annihilate the cancer, the remaining cells can start to get mutations again, and then the cancer comes back, but this time it is drug resistant.”