PROTESTERS IN Seattle have secured a takeover of several city blocks which they have declared as an autonomous zone free of police.

For three days now, demonstrators protesting against racism and police brutality have held several blocks and part of a park in Seattle's Capitol Hill area, which they say offers a glimpse into what a community could look like without police. 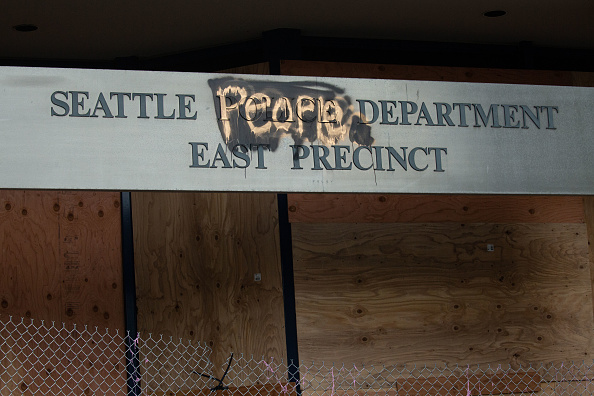 SEATTLE, WA - JUNE 10: A defaced sign with People" painted over Police" is seen on the exterior of the Seattle Police Departments East Precinct in the so-called "Capitol Hill Autonomous Zone". The zone includes the blocks surrounding the Seattle Police Departments East Precinct, which was the site of violent clashes with Black Lives Matter protesters, who have continued to demonstrate in the wake of George Floyds death. (Photo by David Ryder/Getty Images)

Nicknamed 'Chaz' the Capitol Hill Autonomous Zone is filled with tributes to black men and women, including George Floyd, who have died under police custody, as well as a medic tent and a "No Cop co-op", where people can get food, water and supplies at no cost.

A sign standing at one of the entrances states "You are now entering Free Cap Hill", echoing a familiar sight for people in Ireland. 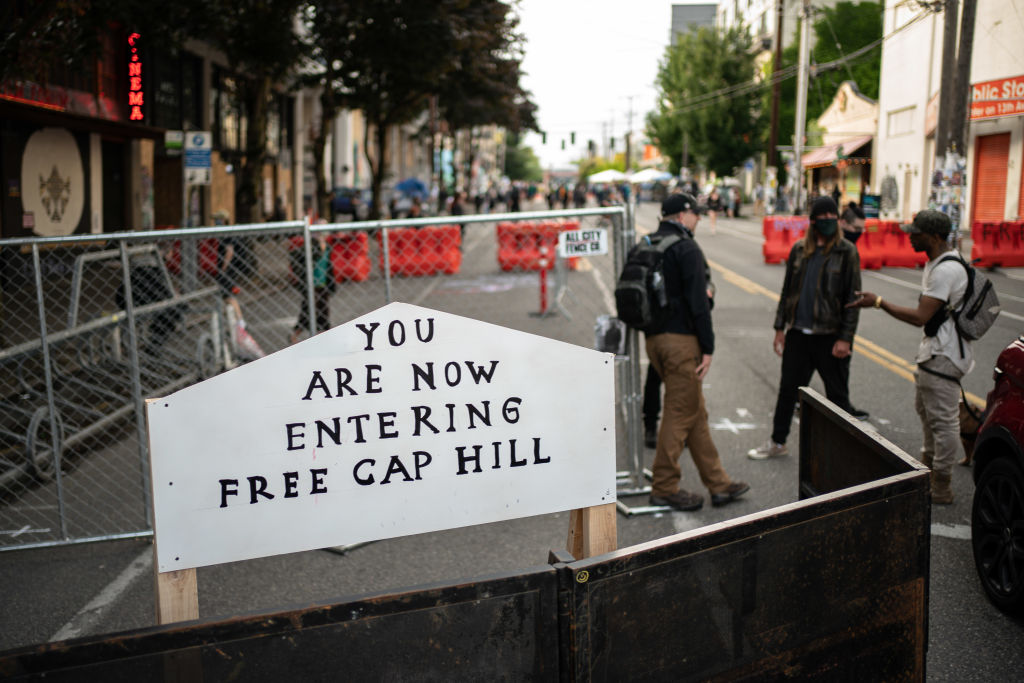 During the Northern Ireland 'Troubles', an area of Derry was taken over by nationalist community activists and declared an autonomous area, with barricades and guards set up to prevent the police force at the time, the Royal Ulster Constabulary (RUC) from entering.

The Free Derry autonomous zone, situated in the Creggan and Bogside area, lasted for six days, but the now-famous sign remains. 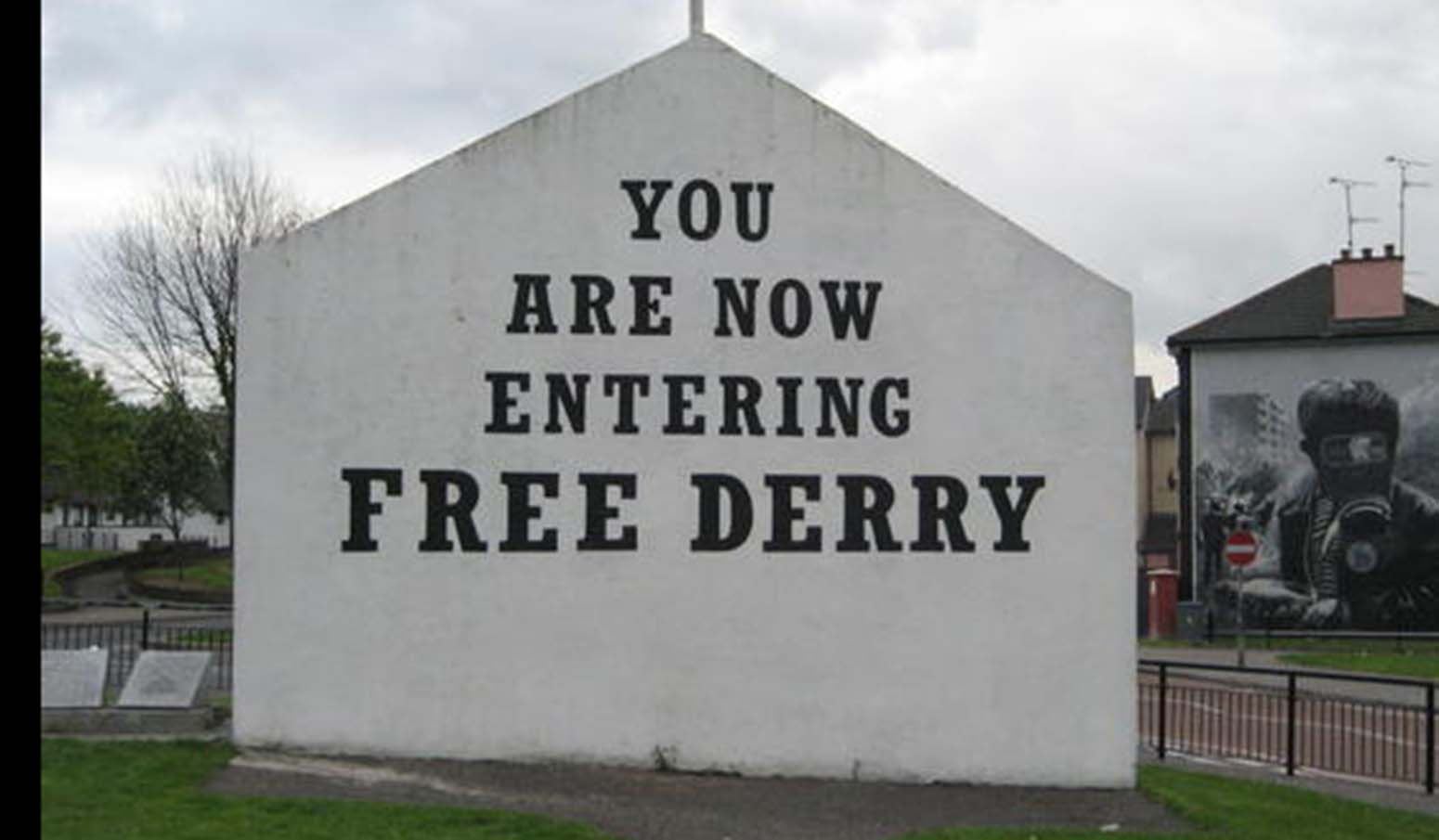 The Troubles was sparked in part by a civil rights campaign which took inspiration from the 1960's US movement led by Dr Martin Luther King, Jr.

The US movement included the 1964 occupation of Sproul Hall in Berkeley, California, which saw 1,500 activists from the Free Speech Movement and other student political groups take over the hall in protest before being removed by police, with 773 students being arrested for their involvement.

In 2020, protesters campaigning against police brutality and racism have called for the US police force to be reformed or disbanded entirely, saying the money used to fund the police service should be redistributed and reinvested into communities, mental health services and social service programmes. 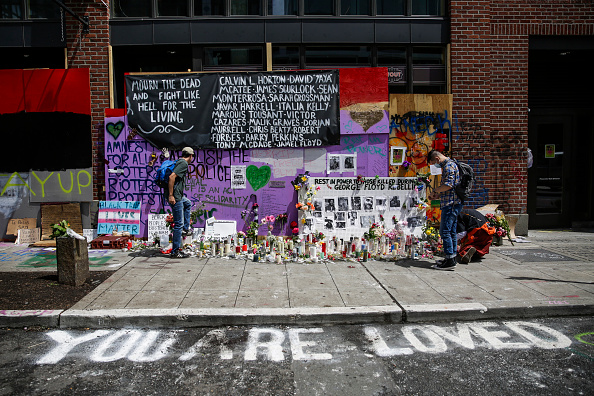 TOPSHOT - A shrine to George Floyd and others is pictured in the newly created Capitol Hill Autonomous Zone (CHAZ), in Seattle, Washington on June 11, 2020. - The area surrounding the East Precinct building has come to be known as the CHAZ, Capitol Hill Autonomous Zone. Volunteer medics are available to tend to medical needs, alongside tents with medical supplies, gourmet food donated from local restaurants, fruit, snacks, water bottles free for whomever needed them. (Photo by Jason Redmond / AFP) (Photo by JASON REDMOND/AFP via Getty Images)

In Northern Ireland, the Royal Ulster Constabulary was disbanded in the year 2000 as part of the Good Friday Agreement.

The former police force was renamed and reformed as the Police Service of Northern Ireland (PSNI).