SENATOR Mitch McConnell has turned against long-time ally Donald Trump to support moves to impeach him, according to sources.

"Now is the moment to move on the weakened lame duck," McConnell is reported to have said.

A long-standing Trump loyalist, Senate Majority leader Mitch McConnell - who helped secure the president's acquittal from his first impeachment trial - appears to have turned on his old comrade, whom he says he never wants to speak to again following his role in the riots on Capitol Hill.

The report by Axios was released on Tuesday night and indicates there's more than a 50/50 chance of the Republican leader voting to convict the president, should a trial go ahead.

A senior Republican insider was quoted as saying: "The Senate institutional loyalists are fomenting a counterrevolution to Trump". 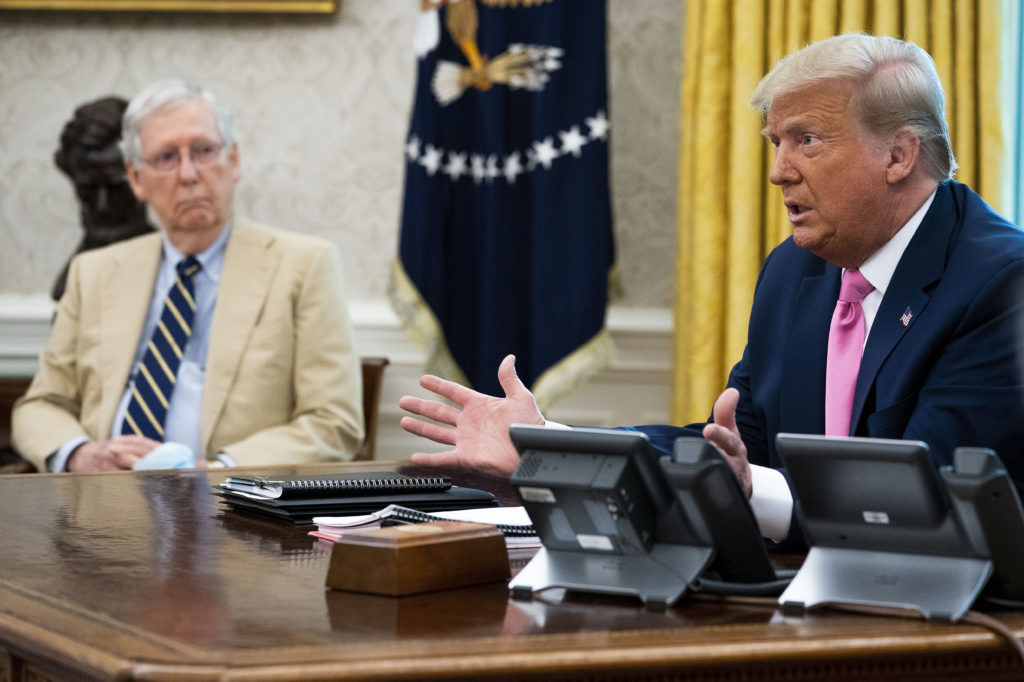 McConnell has said privately that he thinks Trump "committed impeachable offences" and is "pleased" by strides toward impeachment, giving a nod to House Democrats looking to initiate the process.

Other Republican senators have also signalled their support, most notably Liz Cheney, daughter of former vice president Dick Cheney, who said: "There has never been a greater betrayal by a President of the United States of his office and his oath to the Constitution", referring to Trumps perceived encouragement of rioters on Capitol Hill.

"I will vote to impeach the President", she concluded.

Vice President Mike Pence has spoken out against impeachment, however, responding to a letter from House Speaker Nancy Pelosi saying it would "set a terrible precedent".

The trial could however go ahead after Mr Trump has left office on January 20.

If successful, it would prohibit him from running as a presidential candidate in 2024. This outcome appeals to some Republicans, including McConnell, looking to rid the party of Trump and his commanding political presence.

McConnell's support is thought to be a game changer, particularly as 17 votes from Republican senators are needed to secure a conviction and could now be found.