Denis Glennon (R) and Una Glennon (centre) father of Ciara Glennon with their daughter Denise Glennon leave the Supreme Court of Western Australia on September 24, 2020 in Perth, Australia. Bradley Robert Edwards has been found guilty of the murders of Jane Rimmer and Ciara Glennon in the Perth suburb of Claremont in the 1990s. (Photo by Will Russell/Getty Images)

A MAN in Australia has been convicted of the killing of a young Irishwoman, 23 years ago.

Serial killer Bradley Robert Edwards, 51, was found guilty of the killings of Irish solicitor Ciara Glennon, 27, along with Jane Rimmer, 23, a childcare worker.

Both women were abducted from the streets of Claremont in West Australia by Edwards, who later killed them and dumped their bodies.

Ms Glennon was described by her uncle Gerry Murphy, from Waterford, as a “lovely fun-loving girl” Ms Glennon was abducted in March 1997.

Her body was discovered in bushland in Perth a few weeks later.

A year earlier, Ms Rimmer had disappeared in similar circumstances before her lifeless body was found in an area of bushland.

Ms Glennon’s parents Michael, from Westport in Co Mayo, and Una, from Monaghan, were forced to make the heartbreaking trip to a police station to identify her remains.

They were unable to see her body due to the ongoing investigation, forced instead to confirm the body as that of their daughter using crime scene photos.

During an address to the media following the verdict, Ms. Glennon’s father spoke of how his daughter’s “great courage and determination to survive” played a crucial role in helping catch and convict her killer.

“As she fought to save her life, she left us the vital DNA clues,” he said.

“Ciara was strong in spirit, had courage, great courage but yet as she fought to save her life she could not save herself because of the brutal assault by her murderer.” 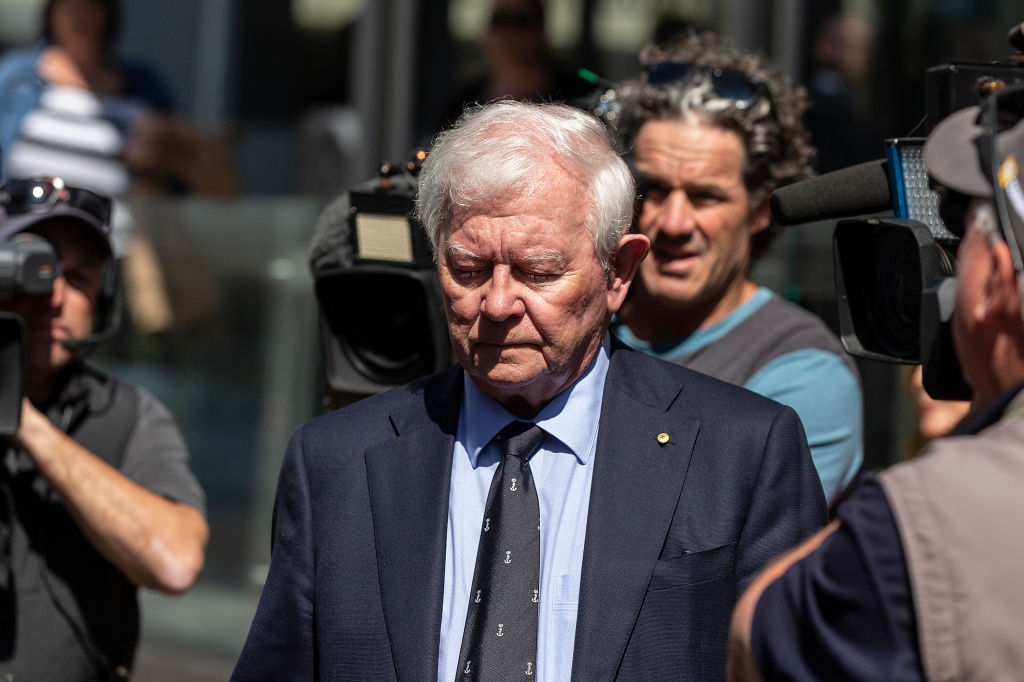 Denis Glennon, father of Ciara Glennon leaves court after Bradley Robert Edwards was found guilty of the murders of Jane Rimmer and Ciara Glennon in the Perth suburb of Claremont in the 1990s. (Photo by Will Russell/Getty Images)

The DNA collected from under Ms Glennon’s fingertips proved crucial in helping officers eventually track down her killer.

Edwards was also convicted on the strength of several fibres found in his car that ended up linking him to the bodies of both Ms Rimmer and Ms Glennon.

Edwards, who worked as a technician for Telstra, was eventually arrested in 2016 following a lengthy investigation.

He had previously confessed to attacking two other women and raping a 17-year-old girl in 1995, despite initially denying the charges.

Edwards was found guilty of the murders of Ms Glennon and Ms Rimmer but was acquitted of the murder of 18-year-old secretary Sarah Spier, whose body was never discovered.

He will be subjected to a psychiatric report prior to sentencing.

RTE reports that the trial was conducted without a jury at the Central Law Courts in Perth, with Judge Stephen Hall issuing the verdict.