'Serial rapist' told victim she had to 'join the firm' before raping her in her own bed, court hears

A man accused of serial rape kidnapped his first victim at knifepoint and told her she had to “join the firm," a court has heard.

Joseph McCann, 34, kidnapped the 21-year-old woman as she walked home from Pryzm nightclub in Watford in the early hours of April 21 this year, it is claimed.

After raping her in her own bed, he claimed she was “one of 15 girlfriends” and scared her by saying he had been in prison, the Old Bailey was told.

Jurors were shown CCTV footage of the woman leaving the club and walking along the road talking on her mobile phone.

At 9am that morning, she was captured on video at a BP petrol station in a Ford Mondeo with the defendant.

Wearing an Adidas T-shirt, cap and jogging bottoms, McCann went into the garage shop alone while the woman remained in the passenger seat of the car, the court heard.

'The knife is at my neck'

Afterwards, the woman reported being “raped and kidnapped at knifepoint”.

In a tearful videoed interview played in court, she said: “I was on the phone when it happened.

“I felt the knife and he put his arm round me so I couldn’t move. The knife is at my neck. I felt it, it was sharp.

“I dropped my bag first. I still held on to my phone. He told me to shut up and walk to the car.

“He just kept calling me Hayley at first. Kept saying I’m a ‘stupid girl’. I think he slapped me in the face because I was crying.” 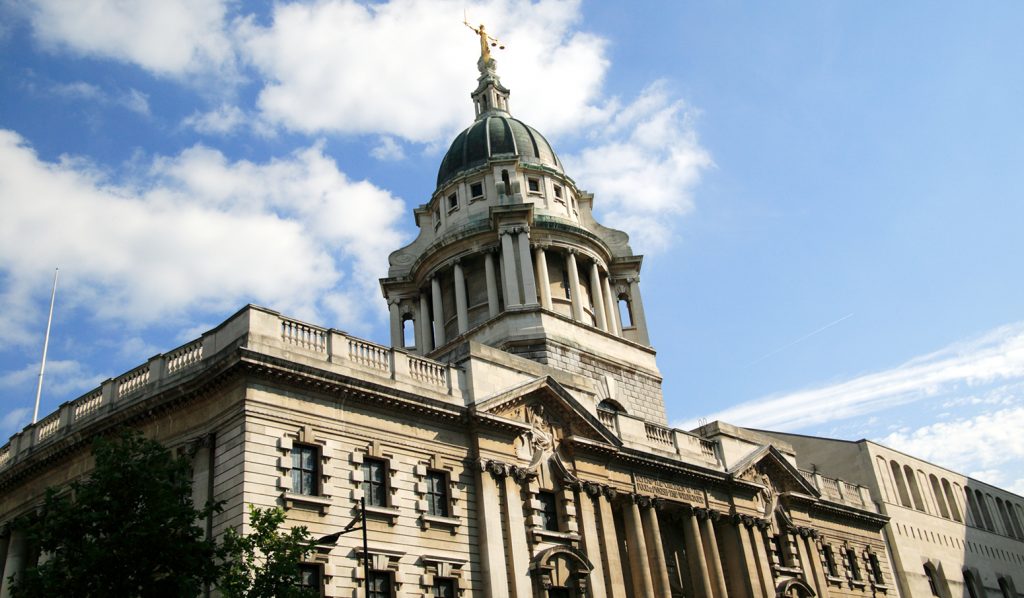 The woman said he drove around and told her she had to “join the firm”, before taking her back to her flat, where he allegedly raped her in bed.

Afterwards, the woman said she tried to act normal and “just acted like it was OK”.

She said: “He kept saying I was one of his 15 girlfriends and I would get on with his wife and kids.

“He was kind of scaring me saying he just got out of prison after doing 18 years.”

She said he was wearing a wig and took that off and replaced it with a hat when they got to the petrol station before he let her go.

The defendant, of Harrow, is charged with 10 counts of false imprisonment, seven counts of rape, one count of rape of a child and two counts of causing or inciting a person to engage in sexual activity without consent.

The trial, which is due to go on for six weeks, continues.