SHANE O'BRIEN has been jailed for a minimum of 26 years after facing sentencing at the Old Bailey on Wednesday.

The killer, once dubbed Britain's most wanted fugitive, went on the run for three-and-a-half years after stabbing 21-year-old Josh Hansen to death in a London bar in October 2015.

O'Brien fled the UK and changed his appearance, growing his hair out and covering a tattoo of his daughter's name in order to evade capture throughout Europe, but was detained in Romania and sent back to London in April earlier this year.

The 31-year-old was found guilty of murder last month and has today been given a life sentence in prison.

CCTV released during the trial showed 21-year-old Mr Hanson clutching his neck and stumbling as blood poured out of a 37cm wound following an altercation in a bar with O'Brien.

Jurors heard that the killer then 'calmly' walked out of the bar, before organising his escape from the country. 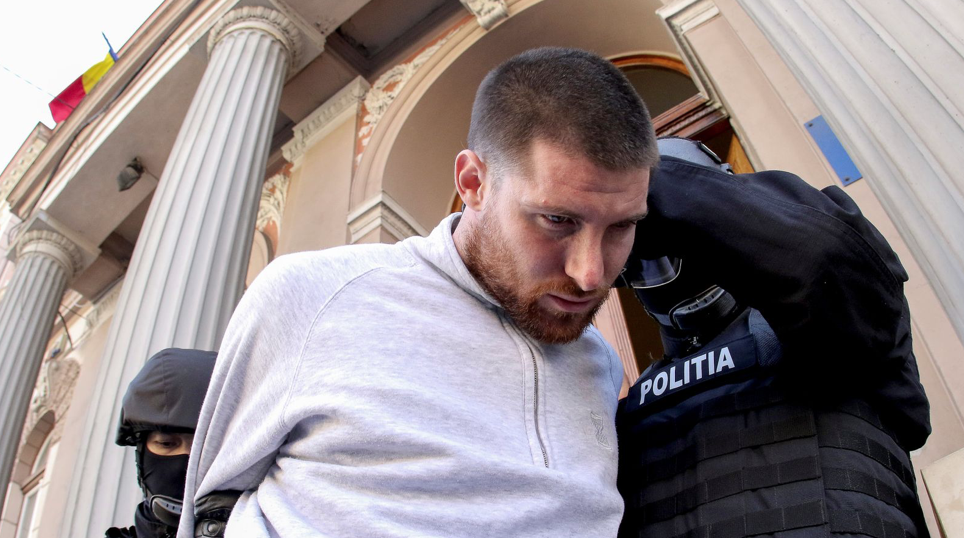 Shane O'Brien is sentenced to life in prison (Credit: news.sky.com)

Sentencing the man was Judge Nigel Lickley QC, who called his crime "a grotesque, violent and totally unnecessary attack on an innocent man".

"The reason why you behaved in such a way may never be fully explained. You, however, know the reason," he added.

O'Brien told jurors he had felt threatened by Mr Hanson's "very aggressive body language" on the night of the attack. He said he felt Mr Hanson was "ready to attack".

In a victim impact statement, Mr Hanson's mother Tracey described her son as being "considerate, kind and generous".

"He was taken from us in the most horrific way possible - suddenly, abruptly, viciously and violently," she said.

The victim's sister, Brooke, said the 21-year-old "was not just my brother, he was my best friend", and described his "infectious smile" and "magical presence".

As he left the dock, O'Brien was subject to shouts of 'coward' from the public gallery.