Sinn Féin calls for ‘short, sharp’ negotiations to bring about an end to impasse in Northern Ireland

SINN FÉIN'S Michelle O’Neill has called for a commitment from all parties and both the British and Irish Governments to bring about an end to the stalemate in Northern Ireland.

The party's Northern leader was speaking after talks today with Secretary of State James Brokenshire at Stormont, where he met with the North’s five main political parties.

The meeting was aimed at averting the possibility of another election or direct rule from Westminster, following a political impasse stretching back to January.

Sinn Féin last week rejected a proposal from the DUP for an immediate restoration of the Assembly, along with a parallel process to deal with outstanding areas of disagreement, namely the Irish language and legacy issues.

The party said the possibility of a parallel process had been discussed in the past and rejected and that the DUP had not addressed the reasons behind the collapse of power-sharing. 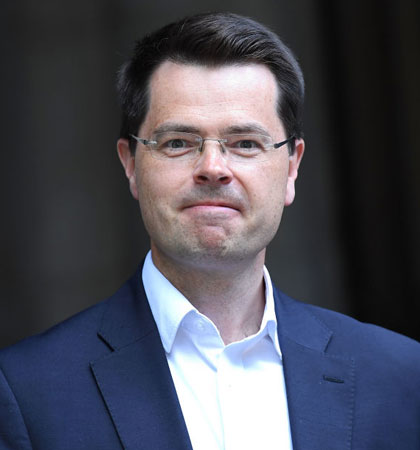 However speaking after meeting with the Secretary of State, Ms O’Neill suggested a solution could be found sooner rather than later.

"Sinn Féin wants a resolution to the political impasse,” she said.

"We do not believe there is any public appetite, or need for another long drawn-out talks process in the autumn.

"I have told the British Secretary of State this again today.

"We need a commitment from all parties and both Governments to get actively re-engaged in a short, sharp, and meaningful negotiation process.

“We have a short timeframe in front of us. This time is critical and must not be wasted.

"I have also reaffirmed my view to Mr Brokenshire that the political onus is on him to deliver on the legacy inquest funding, and not allow the Tory partnership with the DUP at Westminster to deny the delivery of rights here, which are enjoyed by citizens elsewhere on these islands."

DUP leader Arlene Foster also stressed the importance of restoring power-sharing, suggesting the Secretary of State had until October to find a solution.

"What James Brokenshire is focused on at present is trying to bring back devolution to Northern Ireland," she told the BBC.

Both Sinn Féin, the DUP as well as the UUP, Alliance Party and SDLP will now meet with Simon Coveney, Ireland's Minister for Foreign Affairs, at Stormont tomorrow.

Power-sharing in the North was dealt a blow in January when the late Deputy First Minister Martin McGuinness resigned over the handling of the RHI scheme, forcing a snap election.

An election was held in March, but talks ended in June without devolved government being restored.