SINN FEIN has sent a clear message to the Irish government: “begin planning for unity”.

Johnson has pledged to take Britain out of the EU, “no ifs or buts” on 31 October, and has called on the EU to remove the “undemocratic” Irish backstop from any further negotiations.

The backstop was created to serve as something of an insurance policy to prevent the introduction of a hard border between Ireland and Northern Ireland and the instability that could bring.

Speaking to her supporters in Belfast, Sinn Fein leader Mary Lou McDonald said Johnson was “not my prime minister”.

Her comments follow remarks from Irish Prime Minister Leo Varadkar regarding the potential unification of Ireland and British-ruled Northern Ireland in the event of a hard Brexit.

“If Britain takes Northern Ireland out of the European Union against the wishes of the majority of people in Northern Ireland – takes away their European citizenship and undermines the Good Friday Agreement - in doing so, those questions will arise, whether we like it or not,” he said at the MacGill Summer School conference in the northwest of Ireland.

“We are going to have to be ready for that.” 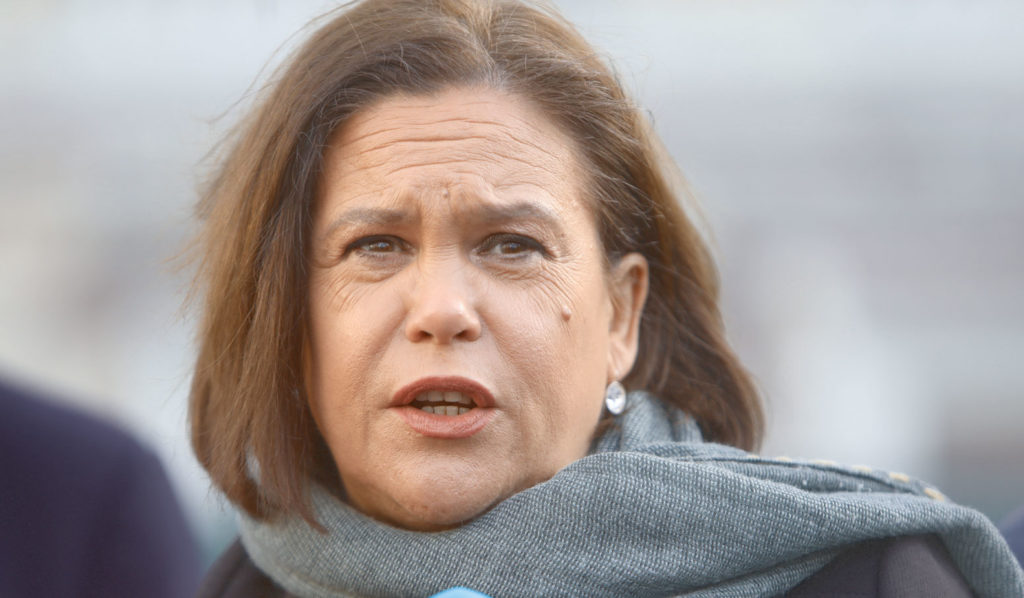 Now McDonald is calling for preparations to begin.

“In the week since a jingoistic and bullish Boris Johnson strode into Downing Street and appointed a staunchly Brexiteer cabinet there has been speculation about what it means for the people of Northern Ireland,” McDonald said.

“Elements of our political establishment tell us that now is not the time to discuss Irish unity. They are wrong. Now is exactly the right time to discuss it,” she added

“The government has to begin planning for unity.”

“The route back for the north into the EU is clear, Irish unity is the route back to the EU,” McDonald added.

Plans for bridge between Northern Ireland and Scotland to be scraped