SINN FÉIN have renewed their calls for a referendum on a united Ireland, saying Northern Ireland’s rejection of Brexit must be respected.

'The people of the North have spoken'

However while O’Dowd concurred with Lord Adonis’ view that the appetite for Brexit has waned among some Leave voters in Britain, he rejected the idea of a second vote, instead proposing a united Ireland referendum.

“The people of the north have already had their say on Brexit and the majority rejected it,” said O’Dowd. “That should be respected.

“There is no need for a second Brexit referendum here in the north. 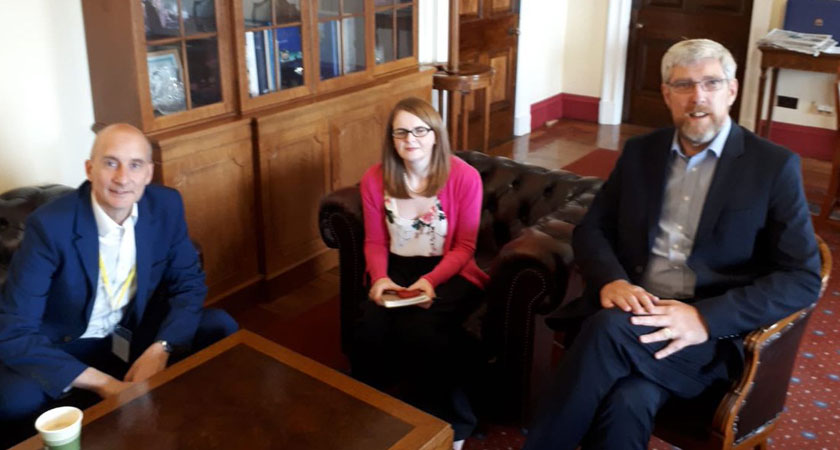 “What the people of England and Wales does is a matter for them in regards a second referendum.

“Many in Britain are clearly having second thoughts on Brexit when they see the disaster it is turning out to be.

“But the fact is the people here in the north voted to remain in the EU and that vote must be upheld.

“Sinn Féin do want to see a referendum held here to give people the choice of which union they want to belong to, that should be a referendum on Irish unity.”

O’Dowd’s comments come as Prime Minister Theresa May undertakes a two-day visit to the border to reassure business owners that there will be no hard border after Brexit.

Speaking ahead of her arrival on Thursday, Mrs May said “there will be no checks or infrastructure at the border” after Brexit.

“I look forward to hearing views from businesses on the border in Northern Ireland on our departure from the European Union,” she said.

“I fully recognise how their livelihoods, families and friends rely on the ability to move freely across the border to trade, live and work on a daily basis. 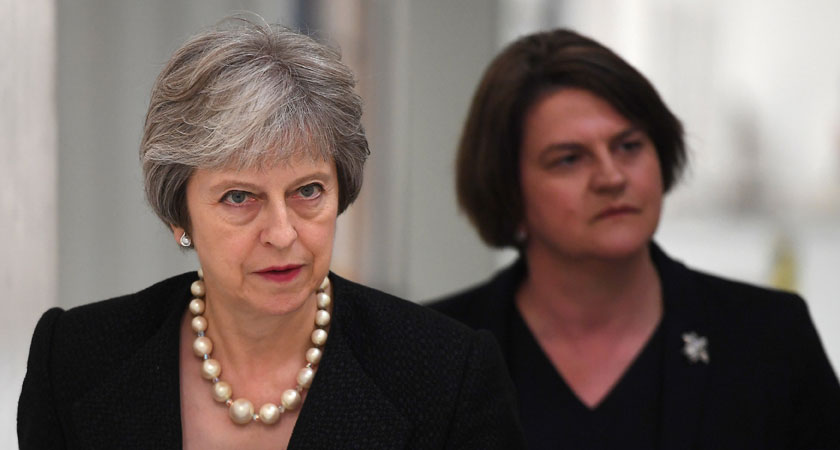 Theresa May was accompanied on her trip to the border with the DUP's Arlene Foster (Image: Getty Images / WPA Pool / Clodagh Kilcoyne)

“That’s why we have ruled out any kind of hard border. Daily journeys will continue to be seamless and there will be no checks or infrastructure at the border to get in the way of this.”

Appearing to dash Sinn Féin's Irish unity referendum plans, Mrs May also stressed there would be no Irish Sea border as she sought to reaffirm Northern Ireland’s position within the United Kingdom.

Mrs May will give a speech in Belfast tomorrow clarifying her plans, in which she is also tipped to address the issue of restoring the power-sharing executive in the North.