THE SISTER of George Nkencho is calling on the public to show support for her family when the formal inquest into his death begins later this month.

Nkencho was shot and killed by armed garda officers outside his home in Clonee, on the Dublin-Meath border on Wednesday December 30.

He is alleged to have brandished a knife and threatened gardai before he was shot by members of Blanchardstown Garda Armed Support Unit.

Nkencho had battled with mental health issues in the years prior to his death.

A formal inquest into his death is due to being on June 21 in the RDS in Dublin.

This week his sister, Gloria Nkencho, took to social media to call on supporters to attend a rally outside the RDS during the inquest.

In a post titled "Support the Nkencho Family at Inquest" she wrote: "We appeal to all organisations, to young people, students, parents, trade unionists, political parties, organisations within the black and minority communities: stand with us to call for justice and truth - for a full and thorough investigation into the shooting dead of our brother and son, George."

"George was shot dead by gardaí on his doorstep on December 30,” Gloria continued. "The inquest will then adjourn, pending the outcome of all legal investigations.

"The killing of an unarmed young person with mental health issues by gardai is unprecedented. The inquest into George's death is an occasion when all who want justice and a public inquiry, we must peacefully demonstrate that. Please mobilise your group/organisation to assemble at 9.45am."

Gloria goes on to remind those planning to attend of the importance of adhering to social distancing and other Covid-19 health guidelines.

“Orgs and individuals are encouraged to bring banners, flags and signs to show your support for the family and demand justice for George Nkencho,” she continues.

“There is a bus being arranged from Blanchardstown, please contact us for booking or more details.”

In the wake of the shooting, the George Nkencho Coalition was established.

The group represents “a gathering of 30 different political, community, anti-racism and trade union organisations, all working towards an independent and thorough investigation into the killing of George Nkencho, reforms in the gardaí and repairs to our community which the shooting has damaged”. 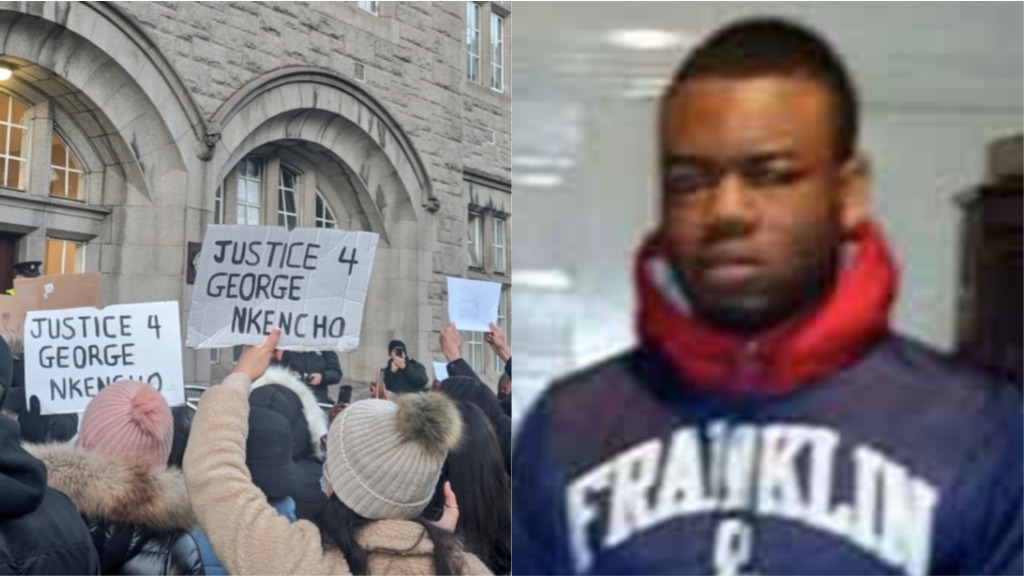 They have been calling for a full public inquiry into the shooting since April.

The Garda Síochána Ombudsman Commission (GSOC) previously drew criticism from the Nkencho family over their handling of an investigation into the shooting.

They pointed to several discrepancies in the investigation so far.

Like the fact they were told George had been shot five times only to discover, after another autopsy, that he had been hit by six bullets.

Concerns have also been expressed over the fact that the Garda who first opened fire on George remains on active duty.

Furthermore, those family members who witnessed the shooting from their home were ignored during the first few weeks of the investigation.

It also took eight weeks for the GSOC to interview anyone who saw what unfolded.

The shooting of Nkencho sparked several protests across Ireland, with friends and family continuing to campaign for justice on George’s behalf.