THERE have been over 600 attacks on places of worship in Northern Ireland over the past five years, statistics show.

According to police figures, 601 incidents of criminal damage to religious buildings, churchyards or cemeteries have occurred since 2014/15.

The number of attacks during each year has remained fairly consistent, though it has been ever so slightly decreasing year on year.

The majority of these attacks took place in Belfast (173), followed by Lisburn and Castlereagh (60), Newry, Mourne and Down (58) and Ards and North Down (57).

The figures were uncovered by Christian Action Research & Education (Care NI) following a Freedom of Information request, according to Belfast Live.

Details of the attacks range between anything from window vandalism, to paint bombing and incidents of arson.

Synagogues and Islamic centres have also been subject to attacks, most notably in the Northern Irish capital.

"More than 600 attacks in the last five years is a reminder that places of worship, which should be safe spaces for worshippers and congregants, are all too often targeted by vandalism and violence," he said.

"The gradual easing of lockdown will surely only increase the opportunity and risk of further attacks and therefore it’s important MLAs take action." 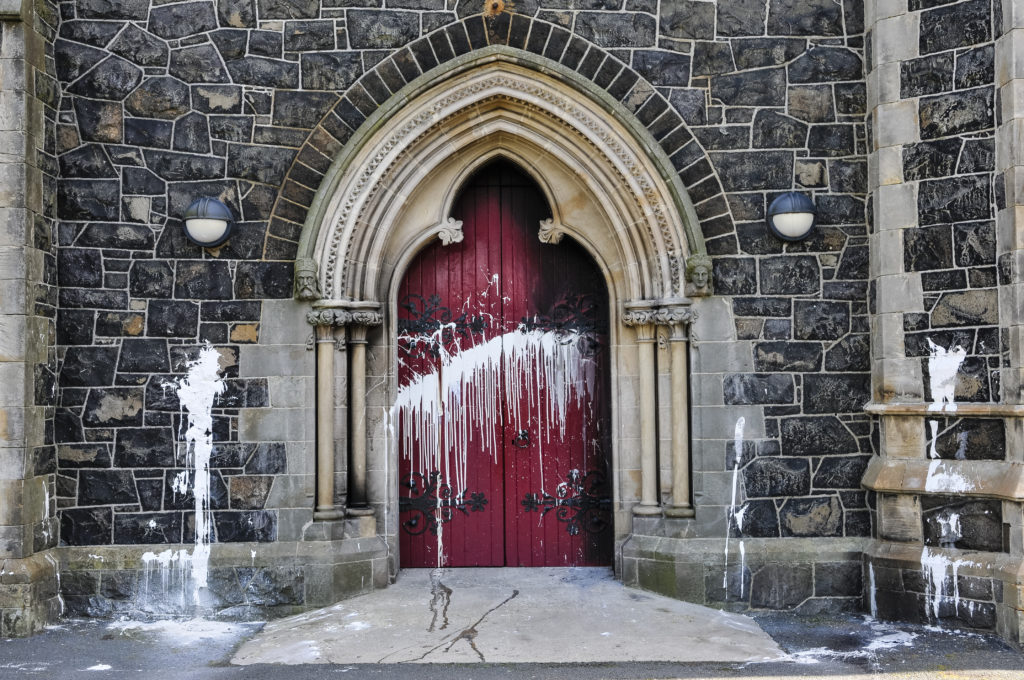 Care NI has called on the Stormont Executive to consider policies to ensure that places of worship are properly protected.

It has previously called for a Places of Worship: Protective Security Funding Scheme to be set up, mirroring a similar scheme available in England and Wales.

Recently, Scotland has adopted a similar scheme following a number of attacks in 2019, leaving Northern Ireland as the only part of the UK without any such set up.

"Last year, following Care NI's previous research into this issue, we wrote to the party leaders asking for a manifesto commitment to create a security fund," Baillie continued.

"We had positive engagement with a number of political parties and we are today calling on the Northern Ireland Executive to take this up.

"The scheme in England and Wales is a practical step we could introduce here to equip places of worship to invest in adequate security to prevent criminal damage.

"In a free and democratic society, no-one should be afraid of gathering together with those who share their faith in a place of worship."