IRELAND captain Johnny Sexton says his side are looking to draw a line under the previous two Six Nations tournaments following their promising start to this year's competition.

Ireland currently sit joint-top of the table, level on points with France, after winning their two opening games as well as securing a bonus point.

A slightly underwhelming victory over Scotland was backed up by an emphatic win over defending champions Wales in Dublin on Saturday.

Following the victory, Sexton insists that Ireland didn't need to reinvent themselves, despite their underwhelming performances at the World Cup last Autumn which lead to the departure of head coach Joe Schmidt.

Andy Farrell, Schmidt's former understudy, has since taken the reins, and while it's early days, Saturday's win suggests that Ireland may finally be turning a corner. 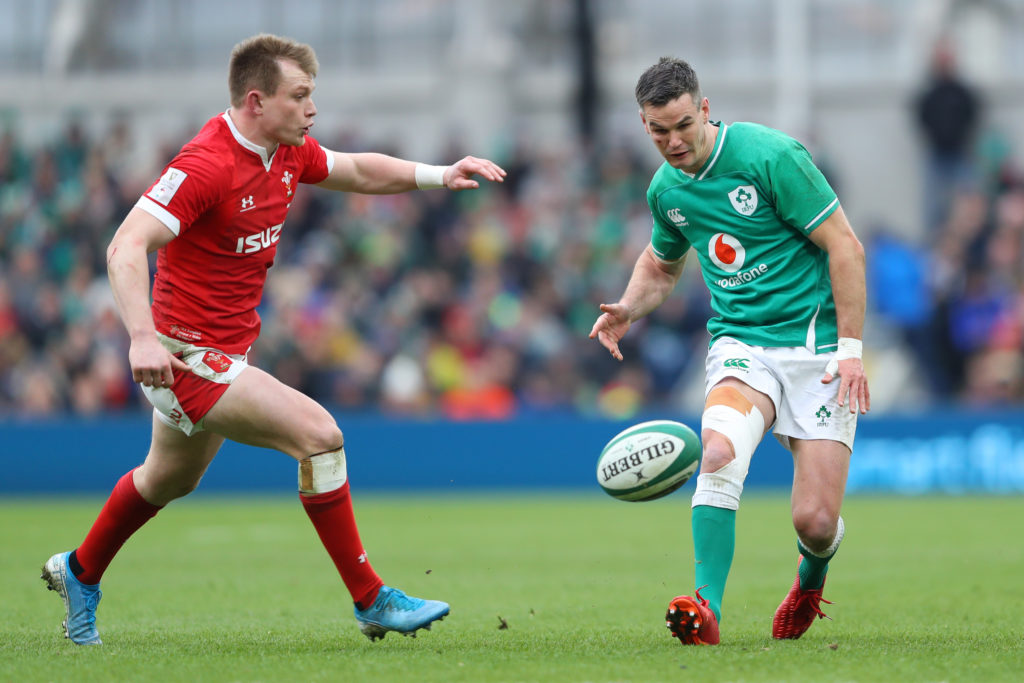 DUBLIN, IRELAND - FEBRUARY 08: Jonathan Sexton of Ireland kicks the ball through with pressure from Nick Tompkins of Wales during the 2020 Guinness Six Nations match between Ireland and Wales at Aviva Stadium on February 08, 2020 in Dublin, Dublin. (Photo by Warren Little/Getty Images)

"We are trying to look forward, we're trying to draw a line under last year and 2018," said Sexton.

"We are trying to develop something new and do things slightly differently."

The Ireland skipper went on to stress that while his side are pleased with the progress they've made in the last few months, they're not dismissing the good work of their former boss.

"In saying that I think some of the messages that have come out from our camp haven't been taken the way they should have been.

"We have taken a lot of what Joe [Schmidt] did over the last few years and we've built on it and added bits to it.

"To suggest that we have just sort of thrown away everything is just wrong."

Schmidt, who managed Ireland for six years, lead something of a resurgence of Irish rugby, winning three Six Nations Championships - including one Grand Slam - during his tenure, and overseeing Ireland become the top ranked international side in the world.

Ireland's next match sees them travel to Twickenham in two weeks to face England.