A GARLIC festival in California is the scene of the latest mass shooting in America, with at least three people confirmed dead and 11 injured.
The shooter, described as a white man in his thirties, fired indiscriminately at the crowd on the second day of a food festival.

The suspect was shot and killed by police within one minute of the start of the attack, however it is being reported that a second suspect may still be on the run.

A video of the incident captures people running from the scene, with one woman asking “Who would shoot up a garlic festival?”.

Shots can be hear in the background throughout the video.

It is believed the shooter used a semi-automatic rifle, with several witnesses stating the shooting stopped momentarily as if to reload, before firing rapidly again.

One witness, Julissa Contreras, speaking to NBC News, described the shooter as “your average white guy” who shot into the crowd “going left to right and shooting whoever he could”. He worse a bullet-proof vest and was “completely prepared for what he was doing”. 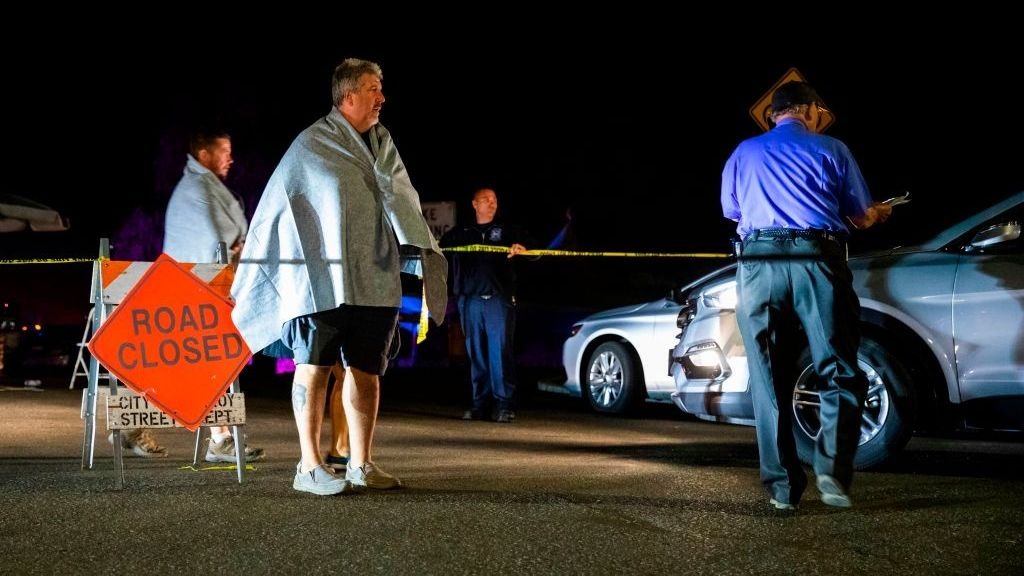 Festival attendees wait for news at the scene of the shooting.

The shooter entered the festival by cutting through a wire fence.

One of the victims has been named as six-year-old Stephen Romero.

According to CNN, two other Romero family members were injured in the attack.

US President Donald Trump took to Twitter to advise people to be “careful and safe”, with many replies to the tweet urging the President to introduce stricter gun laws.

The shooting at Gilroy Garlic Festival is the 246th mass shooting in America so far this year, with almost 8,500 people killed in gun-related incidents in the past 8 months, according to the Gun Violence Archive.