FRIENDS and families can now meet up after ten weeks of lockdown as restrictions to curb the spread of Covid-19 in Britain continue to be eased.

While the guidelines vary in England, Wales, Scotland and Northern Ireland, there are new freedoms to be had in each country this week – as well as a return to competitive sports, albeit behind closed doors, as of today, June 1.

In England groups of up to six people are now allowed to meet in private gardens or other outdoor spaces, Prime Minister Boris Johnson has confirmed.

“I know the toll that lockdown has taken on families and friends who have been unable to see each other,” he said as he made the announcement in a Downing Street briefing held on May 29.

“So, from Monday [June 1] we will allow up to six people to meet outside - provided those from different households continue strictly to observe social distancing rules by staying two metres apart,” he added.

“These changes mean friends and family can start to meet their loved ones - perhaps seeing both parents at once, or both grandparents at once.

“I know that for many this will be a long-awaited and joyful moment.”

It has also been announced that those who have been shielding in England and Wales, meaning they have not left their homes since lockdown began, due to being particularly vulnerable to the coronavirus, can now go out once a day, with members of their household, or, if living alone, they can meet one other person while maintaining social distancing.

Mr Johnson explained that the further lifting of restrictions – which also sees schools across the country open their doors to children in specific year groups today - has only been possible because the Government’s “five tests” have been met.

Car showrooms and outdoor markets have also opened to the public today, with other non-essential retail outlets due to be back in business later this month.

Over the weekend it was further revealed that competitive sports, including football, tennis, horse racing, Formula One, cricket, golf, rugby and snooker, can also resume in England as of June 1, although they will be played behind closed doors. 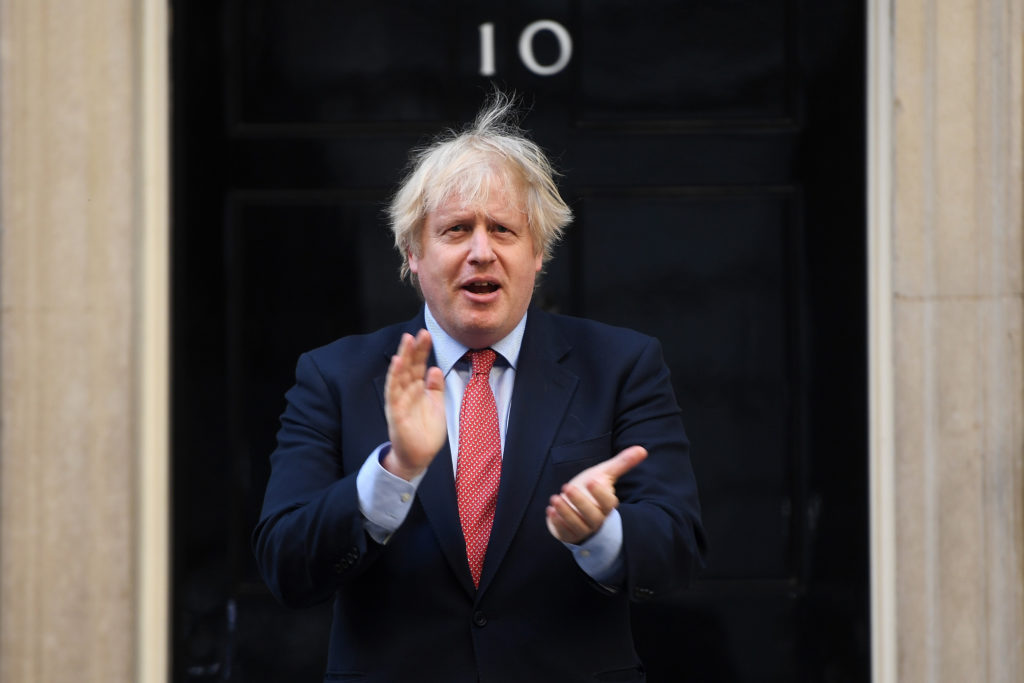 As of Friday, May 29, Scots are allowed to socialise with people outside of their immediate household for the first time since the country went into lockdown on March 23.

The new rules, announced by First Minister Nicola Sturgeon last week, allow two households to meet up, in groups of no more than eight people, in any outdoor space as long as they stay two metres apart.

In Wales, as of June 1, two households are allowed to meet up anywhere outdoors, while adhering to social distancing rules, but ideally the location should be within five miles of their home.

There is no restriction on the number of people in a group.

Since last month residents in Northern Ireland have been allowed to meet up with members of other households in groups of up to six, while following the two-metre social distancing rule.

Additional guidance was due to be revealed for the North this week, as The Irish Post went to press.

It was expected to include an announcement that outdoor weddings with up to 10 people present would be allowed across the region from later this month.

While the gradual lifting of restrictions across Britain will be welcome news to many, concerns have been raised by Government advisors that the measures which kick in this week in England may have come too soon.

A report issued by Sage - the scientific advisory group on emergencies, which advises the Government on the pandemic - has claimed that easing the lockdown while Britain is still seeing 8,000 new Covid-19 infections every day, was a “risk”.

Covid-19 spreading too fast to lift lockdown in England. Agree with John & clear science advice. TTI has to be in place, fully working, capable dealing any surge immediately, locally responsive, rapid results & infection rates have to be lower. And trusted https://t.co/ZmYKs4Go3W

“What I would say is that returning to a situation where we lost control again is far worse than another week or two of social measures,’ he said.