ST PATRICK’S Day is coming extra early this year with McDonald’s set to bring the Shamrock Shake back to its menus ahead of scheduled in 2021.

With many of the usual festivities set to be curtailed due to the ongoing coronavirus pandemic, the fast-food giant has decided to spread some much-needed Irish cheer a little earlier than planned.

Though sweet treats and savoury bites from the Golden Arches should always be enjoyed in moderation, few would begrudge anyone a few gulps of this green, minty milkshake favourite this year.

St Patrick’s Day parades may be off the menu but the Shamrock Shake is here to ease some of our woes and lift our spirits down the final stretch of winter.

According to a tweet put out by the Big Mac makers, the Shamrock Shake is expected to make its return on February 15 in the US with other regions expected to follow suit.

“While you can’t always count on the groundhog avoiding its shadow, or the weather getting warmer anytime soon … you can count on Shamrock Shake Season to make you feel like spring has sprung,” McDonald’s said in a p[press release.

A heady blend of vanilla ice cream and Shamrock Shake flavour mint, the whole experience is topped off with a generous helping of whipped cream.

It’s a combination that has helped the Shamrock Shake become a firm fan favourite. 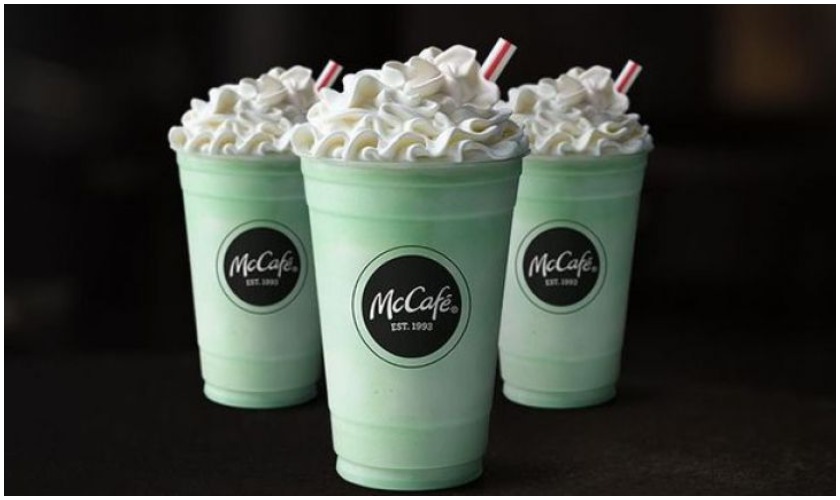 Best of all, the Oreo Shamrock McFlurry is also set to return have proven a hit with customers when it debuted last year.

A combo of ice cream, mint flavoured whipped dessert cream and chucks of chocolate Oreo cookies, it’s a sweet treat that is every bit as good as it sounds and one that could be coming to a McDonald’s near you.