THE TAOISEACH Micheál Martin could have to jump the queue for a Covid-19 vaccine if he wishes to follow through on his plans to travel to the White House for St Patrick’s Day.

Martin’s plans to travel to Washington for the annual Shamrock bowl handover have been blasted as "reckless" and hypocritical by at least one TD given Ireland’s current travel restrictions.

Northern Ireland’s First Minister and Deputy First Minister have already cancelled their visits but Martin has so far refused to bow to any pressure. It has now emerged that the Taoiseach will likely require a Covid vaccine if he travels to the White House.

Diplomatic sources briefed on plans for the Washington DC trip have told the Belfast Telegraph that there is “an expectation” that Martin would be vaccinated ahead of any meeting with Joe Biden.

The newly-installed US President has already received a vaccine against Covid-19 along with a select group of senior political figures and several hundred White House officials.

According to the report US officials have also expressed “surprise” at the backlash Martin has faced in certain quarters over his plans for the trip.

However, Martin could be in line for further criticism should he receive the vaccine early, given the current state of the inoculation programme in Ireland.

The EU’s decision to recommend that the AstraZeneca vaccine only be administered to those under the age of 70 has severely dented the Republic’s rollout plans.

With only the Moderna and Pfizer vaccines available to Ireland’s most vulnerable, the Irish government has been forced into a major rethink of its strategy around use of the vaccines.

Given that many could now face a longer wait to receive the jab, the news that Martin could now jump the queue in order to facilitate a diplomatic trip to the US is unlikely to go down well.

Last year, Leo Varadkar cancelled the planned visit as the pandemic began to take hold in Ireland and the US. 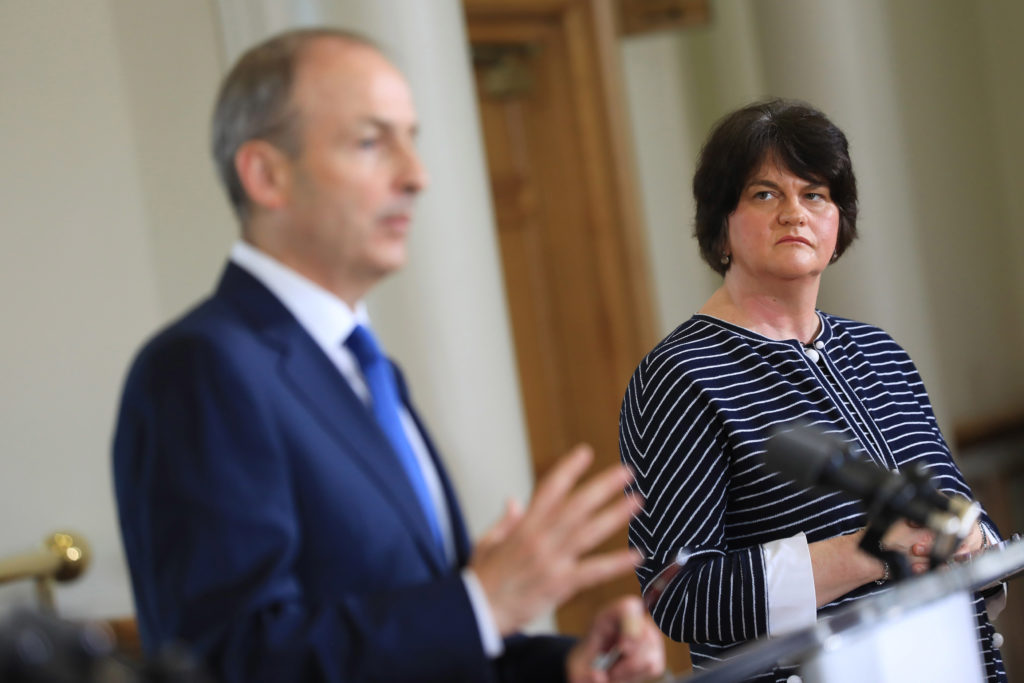 Sinn Féin has already called on the Taoiseach not to go to the US given the travel restrictions in place.

Dublin Fingal TD Louise O'Reilly told Virgin Media: "In the midst of a global pandemic, when people are being told don't go 5km from your homes, then I think he should show some leadership."

"All travel that can be avoided should be avoided."

A final decision on the matter is looming fast as Martin will need to receive the first dose soon if he is going to be fully vaccinated for the trip to Washington DC.

A spokesperson for the Taoiseach told the Belfast Telegraph, Martin will decide whether to go ahead with the visit in the next two weeks.

"His position has always been that he and the Cabinet will take their place in the vaccination schedule on public health advice, which is after the over-70s and the front line healthcare workers," he said.

"We would have to get to a position where a trip is happening and if vaccination is part of the public health protocol for the visit that would have to be considered. Travel to Brussels is possible with testing protocols, but the US might have different protocols."