TRIBUTES have been pouring in following news that the founder of the Progressive Democrats Des O'Malley has passed away at the age of 82.

O'Malley, who served as a Fianna Fáil TD for over 30 years, has reportedly been unwell for some time.

He stepped down as leader of the Progressive Democrats in 1993, but remained as a TD for Limerick East until his eventual retirement in 2002.

Taoiseach Micheál Martin said he was "deeply saddened" to hear of O'Malley's death this morning.

"As a TD, Minister and Party leader he represented the people of Limerick and our country as a whole with determination and a commitment to making Ireland a better place," Martin said.

"His life was one of courage and consequence. He loved his country and was fearless in challenging those who used violence to undermine it."

I was deeply saddened to hear of the death of Des O’Malley.

His was a life of courage and consequence.

He loved his country and was fearless in challenging those who used violence to undermine it. We remember him at Government meeting today and my thoughts are with his family

Tánaiste Leo Varadkar described O'Malley as "a giant of politics".

"He broke the mould of Irish politics and left a lasting and positive legacy. May he rest in peace," Varadkar said.

O'Malley was expelled from Fianna Fáil in February, 1985 after failing to toe the line by publicly backing the Fine Gael-Labour government's bill to liberalise the sale of contraceptives, legislation which his party opposed.

"I stand with the Republic," O'Malley famously said.

From here, he set about forming a new political party, eventually founding the Progressive Democrats in December, 1985.

Such was the dominance of Ireland's traditional powerhouse parties during the 80s - Fine Gael and Fianna Fáil - it was testament to O'Malley's appeal and electoral talent that the Progressive Democrats managed to win 14 seats in their first General Election in 1987.

In 1989, O'Malley found himself in a strange position, agreeing to go into Government with Fianna Fáil, the party that had expelled him four years before.

Because his party failed to win enough seats, Taoiseach Charlie Haughey was forced into forming a coalition, and siding with the Progressive Democrats was the most viable option.

It was the first coalition Fianna Fáil had ever agreed to, and something the party never believed they'd be able to consider. As such, it was said that O'Malley 'broke the mould' of Irish politics. 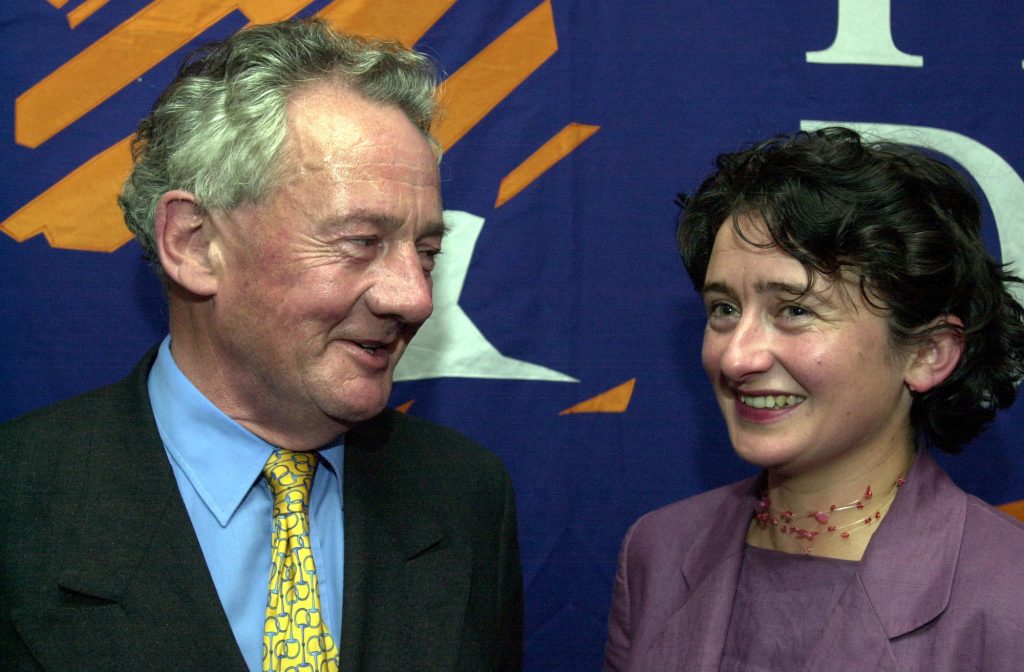 Des O'Malley with his daughter Fiona