IRELAND'S BIGGEST theme park and zoo, named after the nation's favourite brand of crisps, has been closed for close to two months as social distancing guidelines to stem the spread of coronavirus remains in play.

But while the park is empty of customers at what would usually be one of the busiest times of the year, the zoo's animals remain-- and they're wondering where everyone has gone.

Park manager Lee Donohoe spoke to the Press Association and admitted it was hard seeing some of the more social animals, particularly the primates such as monkeys and great apes, clearly missing the social interaction that human visitors to the zoo brings. 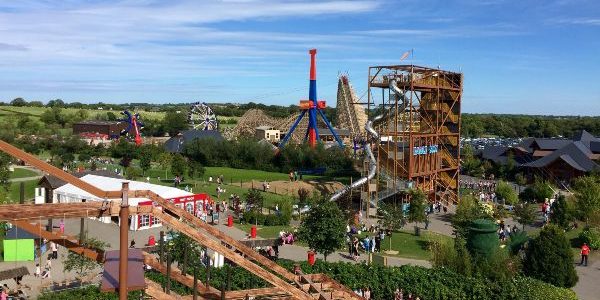 Tayto Park is home to over 300 animal species, many of which are now missing the human company

He also said that the marsupials, such as wombats and koalas, are also feeling lonely without the usual visitors.

"Some of the animals interact with the public, so there’s a stimulus there for them," he said.

"But because we are closed for three months some of the animals are used to quiet periods."

There was an upside to the lack of crowds at the park, however, with Mr Donohoe revealing that they had received a new type of visitors in the form of rare birds, who have chosen the now-quiet spot to make nests and lay their eggs.

"We have a few rare birds at the moment, including the Japanese Cranes, which are sitting on nests so some peace and quiet won’t do them any harm."

"I am definitely seeing more bird life in the park now," he told the Press Association.

But, he admitted, "animals need as much stimulation as possible".

Looking on the bright side of things, Mr Donohoe said the animals "will get a kick out of it when it reopens to the public."

There is no word yet as to when theme parks and zoos, such as Tayto Park, Fota Wildlife Park and Dublin Zoo, will reopen to the public-- but the animals can be assured that we are missing them as much as they're missing us.