BROADCASTER Terry Wogan is to be awarded the Presidential Distinguished Service Award for his contribution to the Irish abroad.

Mr Wogan, who passed away earlier this year, is to be awarded posthumously for Arts, Culture and Sport.

The Limerick native, who passed away in January 2016 after a short battle with cancer, was a universally-known Irish broadcaster who spent most of his career with the BBC.

His rise to the highest ranks of broadcasting in Britain was recognised when he received a knighthood in 2005.

Out of the 11 2016 recipients of the annual Presidential Distinguished Service Award, three are from the Irish community across Britain.

Alongside Mr Wogan, Nora Higgins is to be awarded for Irish Community Support and architect Angela Brady will be awarded for Arts, Culture and Sport. 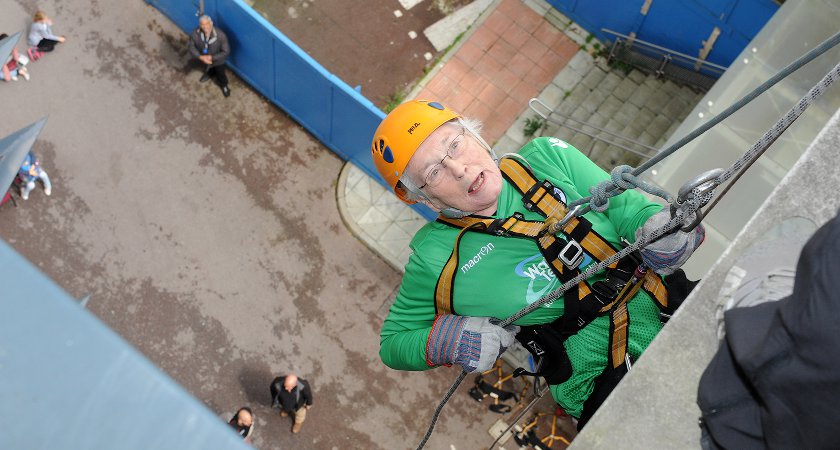 Nora Higgins in action at King's College Hospital in London. Ms Higgins is to be awarded for Irish Community Support (Picture: Mal McNally)

Ms Higgins,  a Galway native who emigrated to Britain in 1955 to train as nurse, is the chair of the Southwark Irish Pensioners Group. 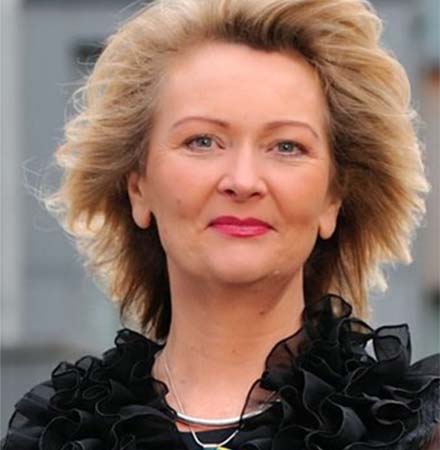 The group is one of the largest Irish community organisations in south London and provides a lunch club, welfare support and outreach to thousands of vulnerable older Irish people in the area.

Ms Higgins, 81, is a tireless campaigner for older Irish people in Britain and in June this year she abseiled 100ft down King's College Hospital in London. raising over £5,000 for their skin cancer unit.

Angela Brady is a Dublin-born architect, TV broadcaster and former President of the Royal Institute of British Architects, who is currently the director of Brady Mallalieu Architects in London.

Ms Brady is extremely active in the Irish community, particularly among the business networks, promoting Irish business and design talent.

She also made a significant contribution to the success in Britain of the Year of Irish Design 2015.

The Presidential Distinguished Service Award was established by the Irish Government in 2012 to recognise the contribution of members of the Irish diaspora.

Of the 2016 recipients, Minister for Foreign Affairs Charlie Flanagan said: "This remarkable group of individuals have been a constant beacon for Ireland and the values we hold dear."

He added that Mr Wogan "reflected all that is good about the Irish in Britain".

"Through his long and universally acclaimed broadcasting career," he said, "[Terry Wogan] always reflected all that is good about Ireland and the Irish community in Britain."

The awards will be presented by President Michael D Higgins later this year.