'The fact his killers remain at large compounds our grief' - £10,000 reward offered in Sean Finnan murder

THE MOTHER of murdered Sean Finnan has spoken out for the first time of her family's tragic loss in the hope of bringing her son's killers to justice.

On the eighth anniversary of the Liverpool man's death she described her family's heartbreak over his death in 2009.

Rose Finnan also urged anyone with information that could put an end to her family's suffering to come forward.

The plea comes after detectives announced a £10,000 reward to anyone who provides details leading to the conviction of Sean Finnan's killers.

The young man died in hospital after a violent assault after he had gone looking for a bike that had been stolen from his younger brother.

“Sean was a caring, loyal and one in a million son who loved his family and friends," Ms Finnan said.

"He was kind and thoughtful and we are heartbroken we will never see his smiling face again.

"The fact his killers remain at large compounds our grief and we maintain our belief there are people who have information in relation to Sean’s death who have not come forward."

The 22-year-old later died in hospital on January 9, 2009 after being stabbed and beaten over the head by a metal bar during the assault.

He had been looking for his younger brother's bicyle, which had been stolen earlier that day. The bike was found in a woodland near to Little Wood Lodge between the M57 motorway and the B5194 road.

Sean's mother Rose added: "I appeal to the people of Liverpool, and especially the residents of Barons Hey in Stockbridge Village, to examine their conscience and contact the police if they have any information in relation to the attack on Sean."

"Your call to the police could be the piece of the puzzle which will assist the police with their investigation in bringing his killers to justice.” 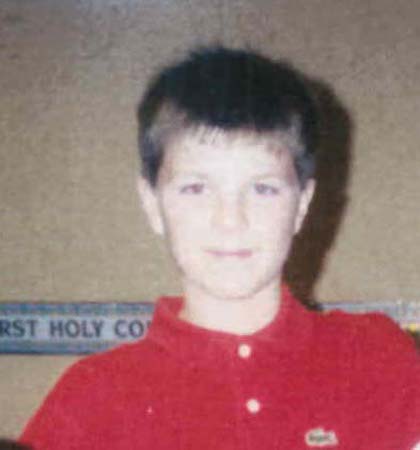 Detective Superintendent of Merseyside Police, Mark Guinness, said: "Seven years have passed since Sean was brutally murdered and his family can't rest until those responsible for the cowardly attack are brought to justice.

"Sean's parents, Rose and Joe, cannot move on until the offenders are caught.

"Someone out there knows exactly who is responsible for his murder would like to take this opportunity to appeal for anyone who knows any information about the circumstances surrounding the death of Sean Finnan.

"We are particularly keen to talk to anyone who may have seen anything suspicious in the area, at the time of the assault, to come forward and help us with our enquiries.

"I would even appeal to those involved in the attack to search their consciences.Allegiances can change over time and you may even regret your involvement in the attack on the night.

"A £10,000 reward is being offered for information leading to the arrest and conviction of those responsible for the murder."