Playwriter Brian Friel during the unveiling of a portrait of himself commissioned by the Gate Theatre at the Gate. 30/3/2006 Photo: RollingNews.ie

THE death has occurred of playwright and short story writer Brian Friel at the age of 86.

Born in Killyclogher, near Omagh, Tyrone, Brian Friel was the son of a schoolteacher and a postmistress from Glenties in Donegal -  an area that would inspire Ballybeg, the fictional location of many of his plays.

Friel worked as a teacher in Derry in the 1950s, but after moving to Donegal, he began writing short stories  - mainly for American publications such as The New Yorker.

By the late 1950s he was providing radio plays for the BBC in Belfast, and in 1964 produced the seminal work Philadelphia Here I Come — a play which brought him international as well as national acclaim.

A recurrent theme in Friel’s work was the examination of the tensions between tradition, changes in society, and how individuals react to them.

He would often return to the idea of history and myth continuing to reinforce each other, not just in Ireland but universally. 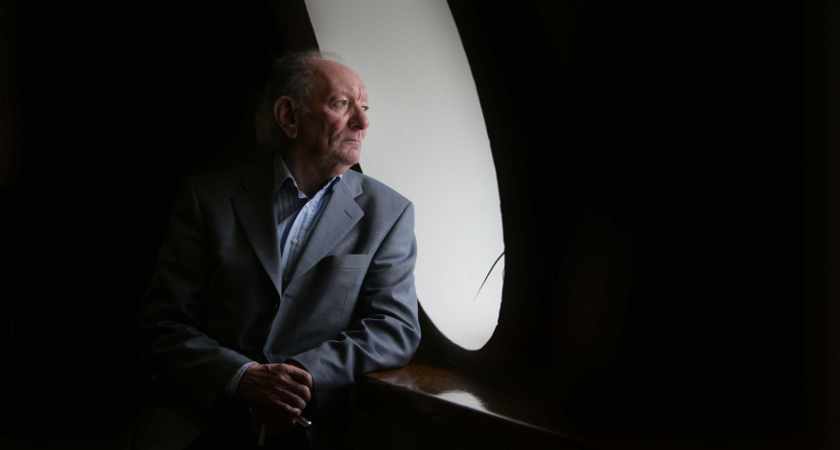 Playwriter Brian Friel pictured in 2006 at the unveiling of a portrait of himself commissioned by the Gate Theatre. Picture Leon Farrell/RollingNews.ie

In 1980 he formed the Field Day theatre company with Stephen Rae, its first production being Friel’s own work Translations  - which again examined themes of history, identity, and culture.

Set in Baile Beag (Ballybeg) in the 19th century, the play depicts events surrounding the official mapping of a local area in Donegal, including the translation of Irish place names.

The drama provides a stark look at the introduction of the English language into Irish society  - leading ultimately to the demise of the Irish language.

The play became a major landmark in the debate about the role of the role of English usage in Ireland — a theme Friel reprised in his translations of Chekhov’s Three Sisters.

Friel’s play Dancing at Lughnasa, premiered at the Abbey in Dublin in 1990, and once more subtly and poetically picked at the social structures and tensions lying at the heart of Irish society.

Friel also openly addressed political themes in works such as The Freedom of the City.

Set in Derry in the aftermath of Bloody Sunday, the drama studies the plight and fate of the protesters.

In Self Portrait, written in 1972, he said: "I am married, have five children, live in the country, smoke too much, fish a bit, read a lot, worry a lot, get involved in sporadic causes and invariably regret the involvement, and hope that between now and my death I will have acquired a religion, a philosophy, a sense of life that will make the end less frightening than it appears to me at this moment."

He added little to this declamation in subsequent decades.

An Taoiseach Enda Kenny TD expressed his sadness at Brian Friel’s passing, saying: “The nation and the world have lost one of the giants of theatre.

"The consummate Irish storyteller, his work spoke to each of us with humour, emotion and authenticity.

"Like the great WB Yeats, he also served in Seanad Éireann. I would like to send my deepest condolences to his wife Anne and his children. Ar dheis Dé go raibh a anam dílis.”