'They left because of what the Brits were doing': Biden pays tribute to Irish ancestors at first press briefing

JOE BIDEN has paid tribute to his Irish ancestors at his first press briefing since becoming President of the United States.

Mr Biden is facing pressure regarding immigration, and in particular unaccompanied children arriving at the southern border and being detained. 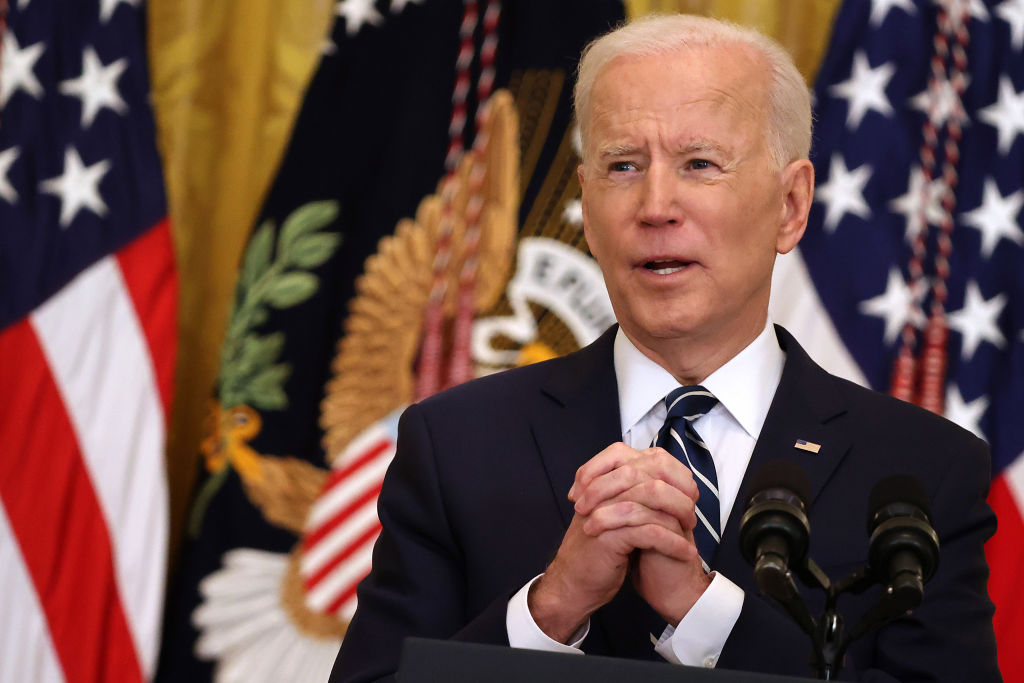 WASHINGTON, DC - MARCH 25: U.S. President Joe Biden talks to reporters during the first news conference of his presidency in the East Room of the White House on March 25, 2021 in Washington, DC. (Photo by Chip Somodevilla/Getty Images)

He was questioned by reporter Yamiche Alcindor as to what his administration's plans were to stop immigration from Latin America, when trying to fix the root cause of immigration could take a long time.

Responding, Mr Biden referred to his own Irish ancestors who "got in a coffin ship" from Ireland during the Great Hunger of the 1800's, and said "people don't want to leave" their homes to travel to a new place where they don't speak the language, they do so out of desperation.

"When my great grandfather got in a coffin ship in the Irish Sea, [the] expectation was, 'was he going to live long enough on that ship to get to the United States of America?'", Mr Biden said.

"But they left because of what the Brits had been doing. They were in real, real trouble.

"They didn’t want to leave, but they had no choice," he continued.

Ireland’s population on the rise