Company chief executive Peter Fankhauser confirmed the news in a statement issued in the early hours of Monday, September 23.

“I would like to apologise to our millions of customers, and thousands of employees, suppliers and partners who have supported us for many years,” Fankhauser said.

“It is a matter of profound regret to me and the rest of the board that we were not successful.” 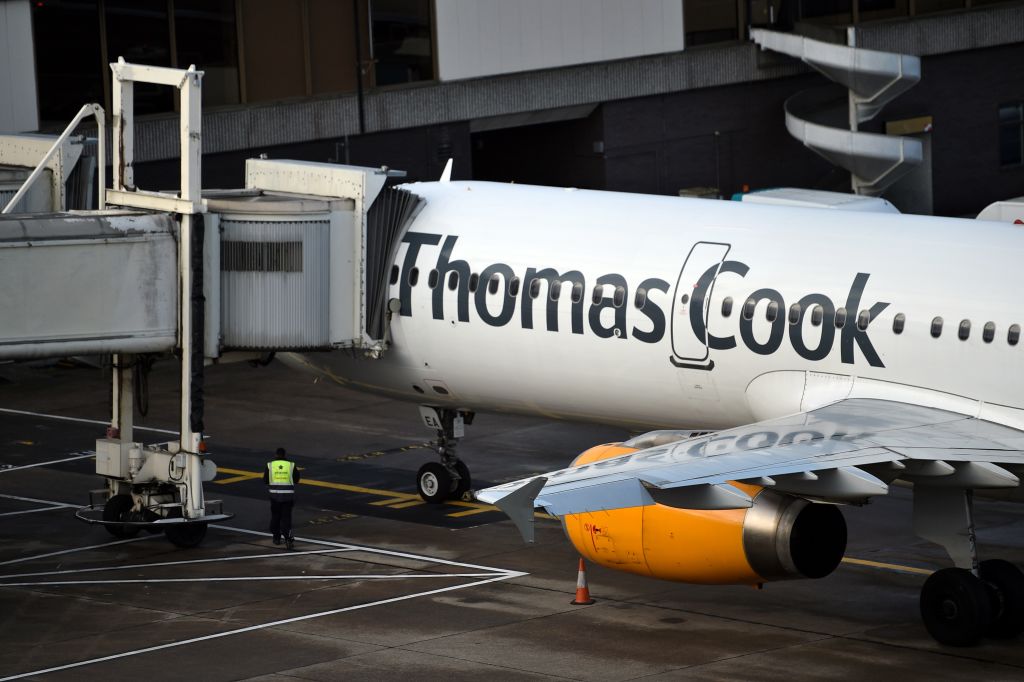 Thomas Cook passenger aircraft stand at on the tarmac at the terminal building at Manchester Airport in Manchester, northern England on Septmeber 23, 2019. - British travel group Thomas Cook on Monday declared bankruptcy after failing to reach a last-ditch rescue deal, triggering the UK's biggest repatriation since World War II to bring back tens of thousands of stranded passengers. The 178-year-old operator, which had struggled against fierce online competition for some time and which had blamed Brexit uncertainty for a recent drop in bookings, was desperately seeking £200 million ($250 million, 227 million euros) from private investors to avert collapse. (Photo by Oli SCARFF / AFP) (Photo credit should read OLI SCARFF/AFP/Getty Images)

The announcement came after Thomas Cook failed to secure the rescue package from its lenders that would have prevented its collapse.

Thomas Cook was struggling with some £1.7 billion of debt, citing increased online competition and a changing travel market as two key reasons behind their woes.

The UK’s Civil Aviation Authority (CAA) is now working closely with the government to bring home more than 150,000 British customers currently overseas in a two-week operation that represents the largest peacetime repatriation in British history.

“Thomas Cook has ceased trading so all Thomas Cook flights are now cancelled,” the CAA said.

Britain’s oldest travel company and one of the UK’s oldest businesses, Thomas Cook began operations as a rail excursions company back in 1841.

From there it branched out into offering holidays across Europe and further abroad. 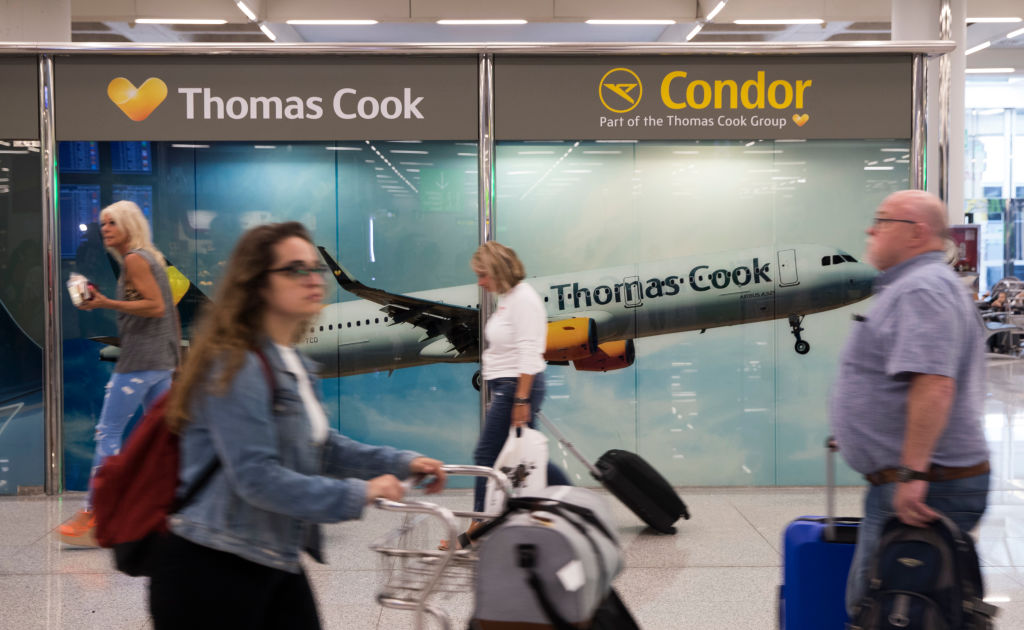 The firm caters to some 19 million holidaymakers a year in some 16 different countries, operating hotels, resorts and airlines.

A huge rescue operation has been launched with governments and insurance companies coming to the aid of those stranded abroad.

Thomas Cook’s collapse is set to leave everyone from fuel suppliers to high street travel agents.