THREE men have been jailed for more than 27 years after attempting to smuggle £3million worth of drugs into Ireland.

One of the men was found in possession of 26 kilos of cocaine as he attempted to board a ferry to Dublin last June.

In total, the gang were found with 30 kilos of cocaine, 45 kilos of cannabis, 15 kilos of MDMA and two kilos of ketamine following an investigation by the joint National Crime Agency and Met Police Organised Crime Partnership (OCP).

On June 4, 2018, OCP officers watched as Sudbury drove to an industrial estate in Queensferry, Deeside, Wales, and met with HGV lorry driver Rigg.

Sudbury was seen handing two large boxes to Rigg, who then drove to Holyhead port in Anglesey.

As Rigg attempted to catch a ferry to Dublin, he was stopped by Border Force officers.

A search of his trailer uncovered the two boxes, which contained 26 kilos of cocaine, after which Rigg was arrested on suspicion of importing controlled drugs.

Meanwhile, Sudbury stayed at the industrial estate where he met with Jaku-Graham and handed him a bag. 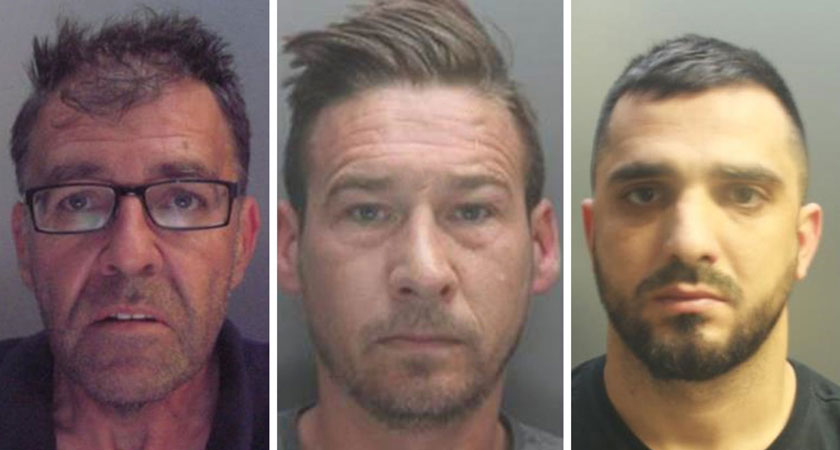 After Sudbury drove off, Jaku-Graham was stopped by OCP officers who searched his vehicle and found four kilos of cocaine.

He was arrested on suspicion of being involved in the supply of controlled drugs.

Sudbury drove back to Merseyside and was arrested at his home.

An unused encrypted mobile phone and £3,740 in cash were found in a cupboard beneath the stairs.

Sudbury was arrested on suspicion of supplying Class A controlled drugs and possession of Class A and Class B with intent to supply.

“The OCP, working with our colleagues from the NCA Armed Operations Unit and UK Border Force, have successfully disrupted an organised crime network involved in the large scale supply of Class A and B drugs,” said Matt McMillan, OCP Operations Manager.

“Those involved in the supply of drugs perpetuate the culture of violence and we will use all the specialist capabilities available to us to combat this threat.

“I have no doubt the public are safer now Rigg, Sudbury and Jaku-Graham are behind bars.”