A TREE planted at Phoenix Park in memory of the people who died in the Hillsborough disaster may have been deliberately vandalised.

The Irish oak was originally planted near the US Ambassador’s Residence in the Dublin park back in 2016 and is adorned Liverpool FC memorabilia and tributes to the 96 victims of the stadium tragedy.

According to Extra.ie, earlier this week the Office of Public Works (OPW) was notified that the tree appeared to have been trampled on and bent out of shape.

The OPW was first alerted to the issue on Tuesday, June 29.

A tree surgeon was deployed to assess the damage.

Thankfully, it was ultimately not deemed necessary to replant the tree, which has since been restored to an upright position.

However, an investigation into the circumstances around the damage incurred is ongoing.

Unfortunately, there was no CCTV in the area of the park where the tree was planted.

The OPW is therefore calling on the public to come forward with any information they may have related to the damage done.

Hundreds of people were injured and 96 died in the Hillsborough disaster, which occurred ahead of kick-off at the stadium in Sheffield on April 15, 1989.

Liverpool had been due to face Nottingham Forest in the FA Cup semi-final that day. 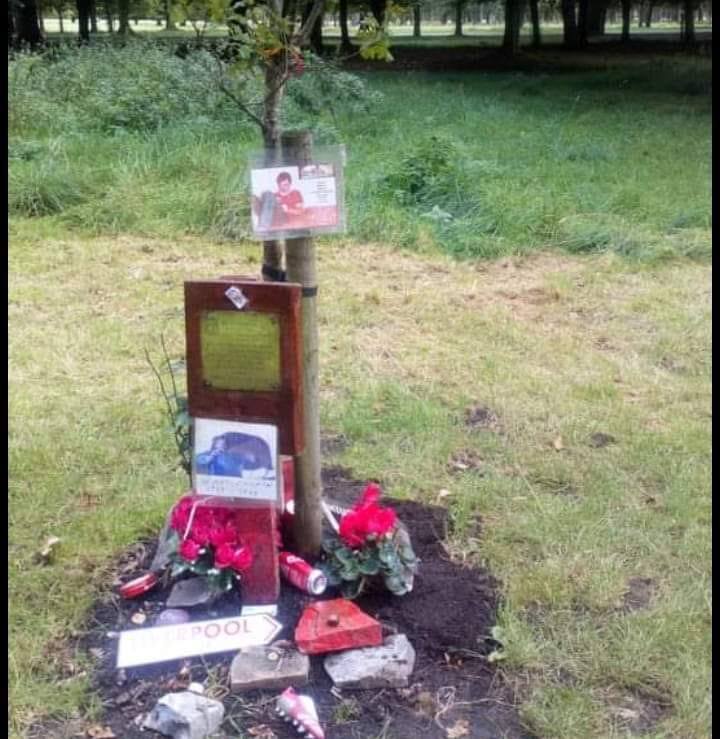 27 years later, a 2016 inquest determined that the 96 people who died were unlawfully killed as a result of gross negligence by police.

The authorities were found to have funnelled thousands of people into the overcrowded Leppings Lane end of the ground.

The payments related to their respective roles in the attempted cover-up that initially saw fans blamed for the disaster.