Tributes have been pouring in today for the victim of a young teacher who was mudered in Co Offaly yesterday afternoon.

Ms Maher, who was a founder member of the Irish Women’s Liberation Movement, died on Tuesday, November 30, aged 81.

She passed away at St Vincent’s Hospital in Dublin following a lengthy period of failing health.

The President paid tribute to the pioneering Irishwoman, who was born into an Irish-American family in Chicago in November 1940.

Her journalism career started in the Chicago Tribune, but she would go on to work for four decades in the Irish Times - where she became the first women’s editor not long after she joined the newsroom in 1965.

“There will be so many who will have been deeply saddened to learn of the death of Mary Maher,” Mr Higgins said.

“A passionate feminist and trade unionist, Mary was a true trailblazer, role model and inspiration.”

He added: “The death of Mary Maher represents the passing of one of the founding elements of the Rights Movement and Women’s Rights in particular.

“Her importance as an activist in the public area was accompanied by a professional commitment in journalism that broke so many ceilings, all of which advanced the causes that affected women’s lives.”

Mr Higgins, who, along with his wife Sabina, counted Ms Maher as a friend, took the opportunity to remind the irish people of Ms Maher’s ground-breaking achievements.

“Throughout her life, Mary set about tackling barriers of exclusion,” he said. 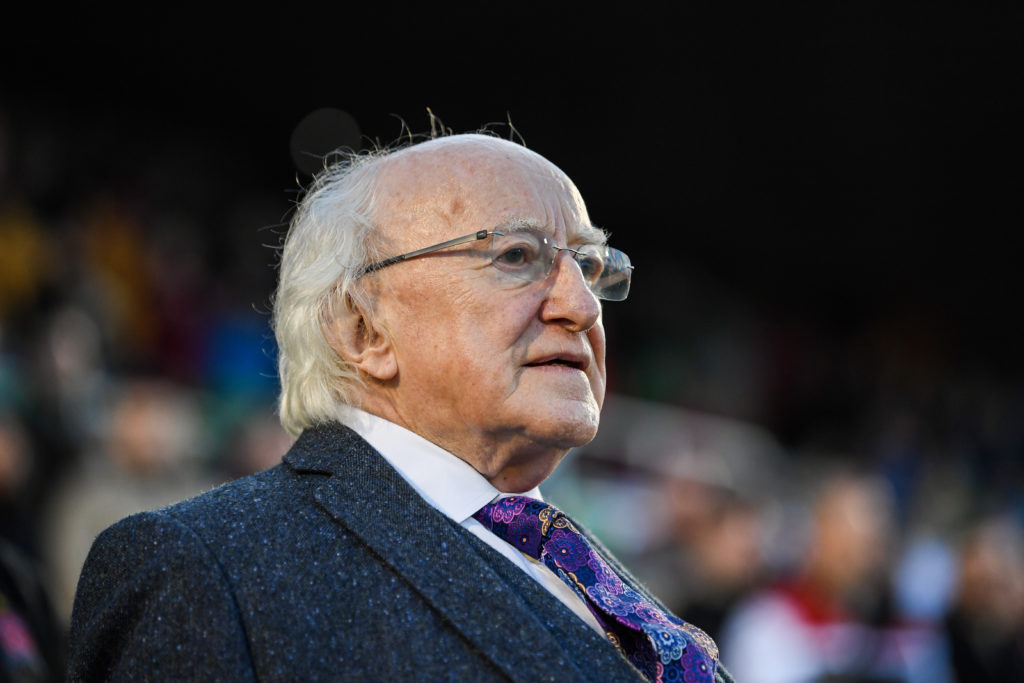 He added: “In her role as the first women’s editor of the Irish Times, Mary took it as her task to ensure that women’s issues were covered by the paper, but also that what was defined as women’s issues were not those topics which men may have wished to stereotypically assign to them.

“She ensured that the full range of social issues were tackled, especially those which have serious impacts on women’s lives and which Irish society was failing to address.”

Ms Maher had achievements outside of her journalistic career too, the President confirmed.

“As well as being a superb reporter, editor and features writer, Mary was also an accomplished author and playwright and through this work continued to highlight the serious issues facing Irish life,” he said.

“She leaves a further legacy as a lifelong advocate through the labour movement, and as a campaigning trade unionist, held in the highest esteem by colleagues in the NUJ.

“Sabina and I were privileged to be friends of Mary and would like to extend our deepest sympathies to Mary’s daughters, Nora and Maeve, sister Bonnie, brother Jerry, grandchildren, and all of her many friends and family.”

Tributes were also paid by members of the National Union of Journalists (NUJ), of which Ms Maher was a Member of Honour.

Michelle Stanistreet, NUJ general secretary, described Ms Maher as “an inspirational figure who blazed a trail by putting equality at the heart of the union’s industrial agenda”.

She added: “Mary Maher was an NUJ Member of Honour, a role model for women and a passionate believer in the power of well organised, disciplined chapels.

“She will be missed for her hard work, her dedication and for her good humour.”

Séamus Dooley, assistant general secretary, described Ms Maher as “a mould breaker who made a sustained contribution to the struggle for equality and social change”.

He said: “Mary Maher was one of the most influential members of the group who formed the Irish Women’s Liberation Movement.

"Through multiple roles as a feminist activist, a journalist, author and a passionately committed trade unionist Mary set headlines.

“She saw the necessity for making women’s rights a core mission of the wider labour movement and throughout her life she continued to work through the labour movement.

Girl, 15, killed in tragic incident at equestrian centre in Dublin