THERE has been a mixed response to a new law giving Irish adoptees and their relatives automatic access to their birth records.

The Birth Information and Tracing Bill, announced by Government on Wednesday, and currently making its way through the dáil, will establish a free tracing service for adoptees and their relatives.

In theory, the service will provide unrestrained access to birth certificates, medical records, and other information pertaining to an adoptee’s formative years.

But it is not as simple as that.

For a start, not all files are accessible.

Tuam Babies Family Group founder Anna Corrigan’s two brothers, William and John, were supposed to have died in Tuam mother and babies home as infants in the early 1950’s.

Anna's mother Bridget Dolan, a resident of Tuam for some years, kept this a secret throughout her life, and so Anna only found out about her brothers when she was in her 50s - and she is still searching for information. 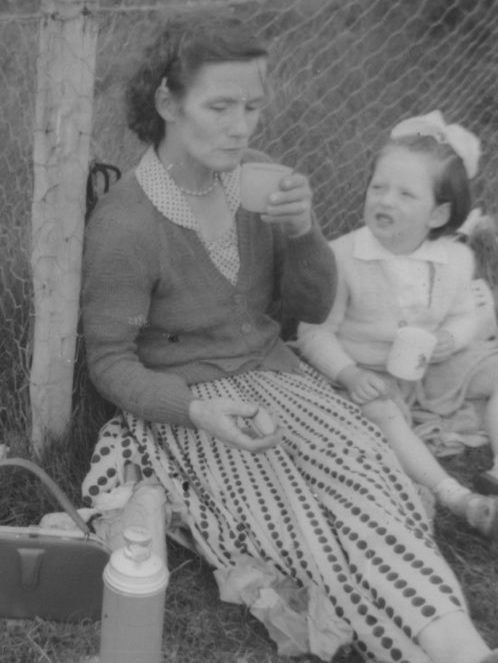 William has “no medical certification of death, no reason for death, and no death certificate”, Anna said, “other than a note in the ledgers of the home”.

The problem with the scant documentation that is available is compounded by the unreliability of what has been preserved.

For Anna and many others, a note jotted into a ledger by a nun is highly suspect - and for good reason.

Fergus Finlay: 'Nuns faked death certs so children could be sent to US' #tuambabies pic.twitter.com/SjEK0hp0Rf

So people are “sceptical about death certificates”, Anna said, despite not even having that dubious form of closure for her brother William.

Anna’s brothers were also adopted before 1953, when adoptions were legalised and thus began to be documented.

So she cannot know whether her brother is dead or whether he was adopted – neither record exists.

The answers Anna is looking for may be buried in a sewage tank on the grounds of Tuam.

If her brothers are among the 796 babies entombed there, then it can be conclusively established by forensic analysis.

If they are not, other theories, like that they were one of thousands of Irish babies to be spirited across to America, start to become more plausible.

Without this forensic evidence to shine a light on an otherwise impossibly murky history, Anna says that she will not give up the search.

“That is why this is inextricably linked with the grave sites”, she told the Irish Post.

Apart from this fundamental problem, there is the finer details of the new law which have irked campaigners.

While some have acknowledged that the bill is a step in the right direction, for others, like postgraduate sociology scholar at University College Dublin Claire McGettrick, “this is not a good news day”.

She told the Irish Post: “This bill is being portrayed by the minister [Roderic O’Gorman] and his department as a ‘landmark’ – it’s anything but”.

"We made comprehensive submissions on the bill, both to the minister himself and to the Oireachtas committee.

“The children’s committee did a fantastic job listening to people and other expert witnesses; they put out 83 really strong recommendations, and some of the most important ones have just been completely ignored”.

The two biggest issues for Claire are firstly, the “offensive and discriminatory” proviso that in cases where a birth parent does not wish to be contacted, adoptees will have to take part in a mandatory privacy information session – where the “importance of respecting privacy will be explained to them”.

By anybody’s standards, she said, this is “completely unacceptable” and “we have not campaigned for over two decades to stand over that kind of clause being enshrined in law in Ireland”.

Second is that the bill “restricts” adopted people’s GDPR rights. While she acknowledges that by giving adoptees “direct access” to their medical information, it is an “improvement” on the previous situation, it does not offer the sort of unconditional access to all personal data that Claire would like to see, and that she says is afforded to citizens under the GDPR.

This means that “massive chunks of data will fall through the net”, she said.

Claire continued: “Instead of simply strengthening people’s rights to their personal data, as defined under the GDPR, categories of data are prescribed under the bill.

“For example: care information, early life information, but when you drill down into those definitions, you see that already there are massive gaps, and there are exclusions and restrictions to that data”.

In an earlier tweet, she claimed that the bill actually “narrows the scope of records to be released” as “the timeframe ends after the person was adopted”.

This would prevent adoptees accessing information around abuse or other important life events that occurred after their adoption.

“Why on earth would adoptees be treated differently to other citizens?”, she said.

The bill is currently being scrutinised in the dáil and is due to be passed sometime this year.