TWO people have been injured after a tram and car collided in Dublin City centre on Wednesday morning.

The accident occurred around 9am at the junction of Capel Street and Upper Abbey Street, where the Red Luas line crosses the street.

A tram headed east for the Point Depot collided with a car, which came to rest against a utilities box on Upper Abbey Street.

Gardai, as well as firefighters reportedly rushed to the scene.

The driver and passenger in the car - both of whom are believed to be women - were taken to Temple Street Children's Hospital for treatment. 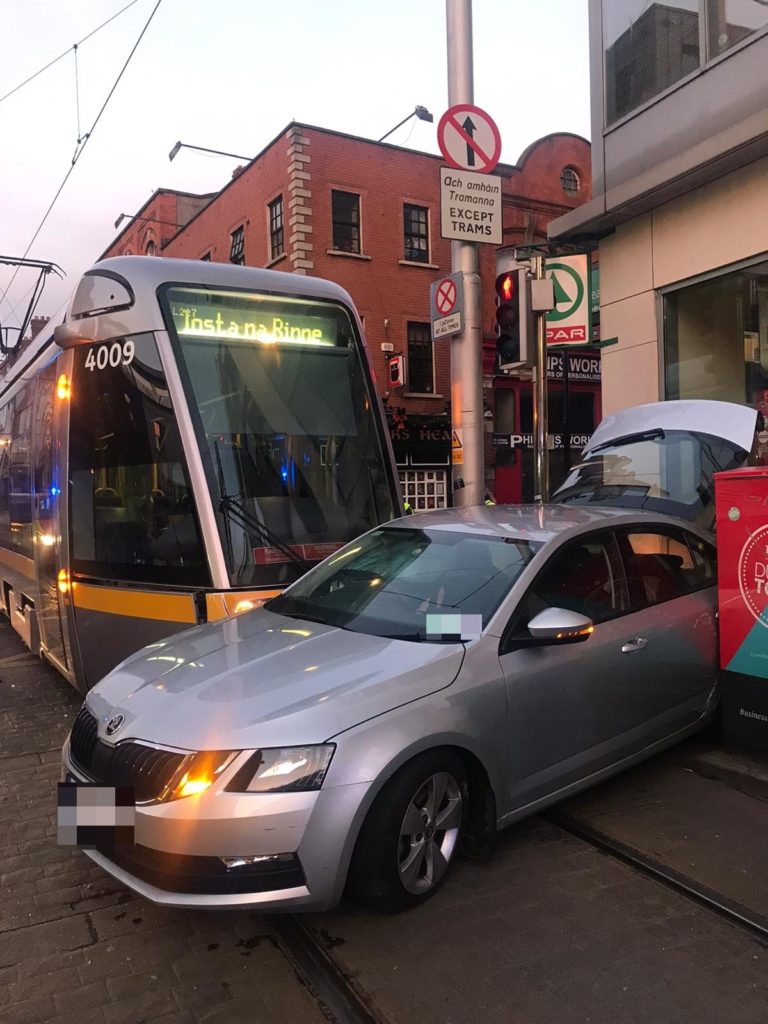 It's believed that the injuries sustained were only minor, however.

There were no reported injuries from passengers riding the tram.

The Luas Red Line's was briefly shut down, and spent the days running with delays, but is now believed to be back up and running.

A gardai spokesperson said: "Gardaí and emergency services attended the scene of a road traffic collision involving a Luas and a car this morning 1st January 2020 at approximately 9am on Capel Street.

"The driver and passenger of the car, two females, ages currently unknown, were taken to Temple Street Children’s University Hospital with minor injuries.

A Luas spokesman tweeted: "Passengers: Red Line has re opened but is operating with delays due to an earlier RTA at Jervis. Tickets are valid on Dublin Bus. we apologize for any inconvenience caused.

"Passengers: Due to an RTA at Jervis there is no service between Smithfield and The Point/Connolly, Tickets are valid on Dublin Bus, We apologize for any inconvenience called."

"No other injuries were reported. The Luas line has since reopened."