TWO ARRESTS have been made in connection with incidents of criminal damage reported against a beloved Luke Kelly statue erected in memory of The Dubliners frontman.

The statue on Sheriff Street has been the repeated target of vandalism, with five incidents reported in the past 18 months.

The most recent came this past Friday, when vandals spray painted glasses onto the bust of Kelly along with several swear words.

Despite the close proximity of the arrests, gardai have told Dublin Live that the two men apprehended by the authorities are not being charged in connect with this most recent attack.

They are instead facing charges of criminal damage related to two incidents that occurred involving the Guild Street statue back in January and March.

Investigations into the other incidents of vandalism, including the one reported last week are ongoing.

A Garda spokesman told the news provider: "Gardaí in Store Street investigating the criminal damage of the statue that is situated on Guild Street, have arrested two men in relation to separate incidents of criminal damage on the statue.

"The statue has been damaged a number of times and these arrests refer to the damage of January and March, 2020. A file is now being prepared for the Director of Public Prosecutions in relation to these arrests.

They added: "Investigations are still ongoing into the other matters of criminal damage.” 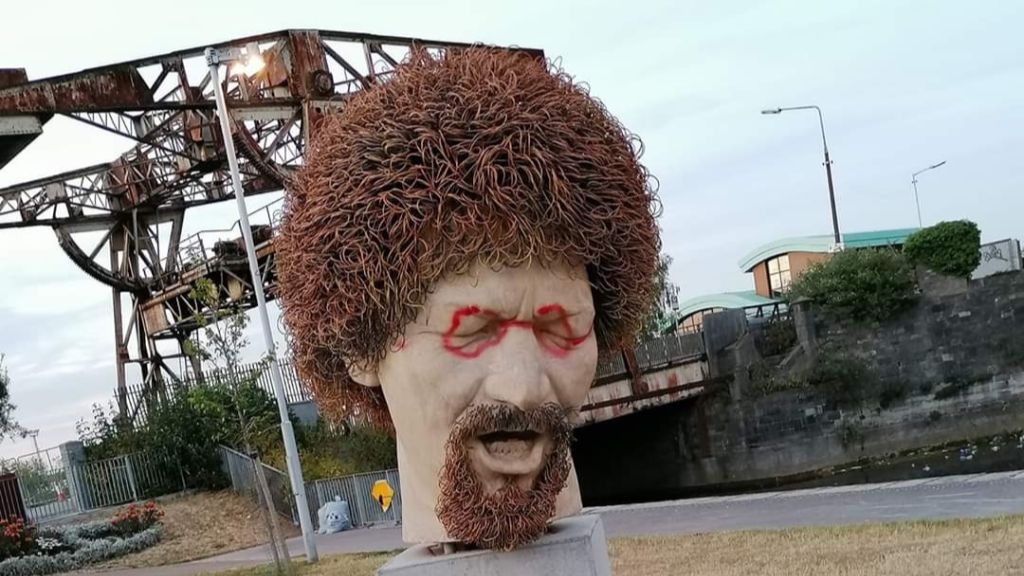 Local Councillor Anthony Flynn has been among those to previously criticise the repeated acts of vandalism.

"You'd think that people would have some decency, and some respect more importantly,” he wrote on Facebook.

"This isn't people from ... Sheriff Street that are doing this.

"Should be completely ashamed of yourselves."

There have been calls for CCTV to be installed in the area or, alternatively, that the statue is moved to a different location.

Luke Kelly was born in Dublin in 1940. He was one of the founding members of The Dubliners and quickly rose to prominence in the folk and traditional music scene.

Girl, 15, killed in tragic incident at equestrian centre in Dublin