TWO PEOPLE have died after contracting coronavirus while on board a cruise ship currently quarantined in Japan.

According to reports, both passengers were in Japanese citizens in their 80s, and were taken off the Diamond Princess and rushed to hospital when their health took a turn for the worst last week.

It's understood that one passenger died directly from coronavirus while the other succumbed to a combination of the deadly virus and a bout of pneumonia.

Local reports say that the two passengers had underlying health conditions prior to contracting the disease. 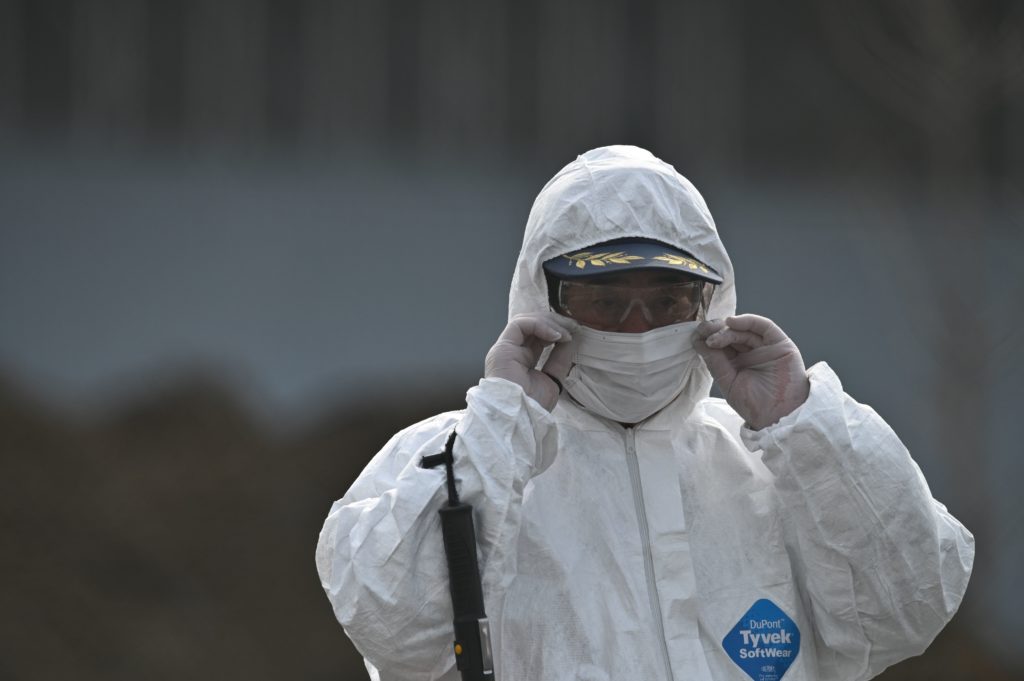 A worker in protective clothes puts on his face mask as he walking near by the Diamond Princess cruise ship, in quarantine due to fears of new COVID-19 coronavirus, at Daikoku pier cruise terminal in Yokohama on February 20, 2020. - Japan hit back at criticism over "chaotic" quarantine measures on the coronavirus-riddled Diamond Princess cruise ship, as fears of contagion mount with more passengers dispersing into the wider world. (Photo by Philip FONG / AFP) (Photo by PHILIP FONG/AFP via Getty Images)

"I believe they received the best possible treatment", he said.

The Diamond princess cruise ship had carried over 3,700 passengers and has been under quarantine for over two weeks just outside Yokohama Harbour after an outbreak of coronavirus on board.

A number of Irish and British citizens are confirmed to have been on board.

On Wednesday, passengers who tested negative for the virus began to leave the ship, and hundreds are expected to disembark over the coming days.

Over 600 people are confirmed to have contracted the virus on board - which represents the biggest cluster of the disease outside China.

Two Irish citizens on board have tested positive for the virus. The couple were moved from the ship to a hospital in Japan where they are currently being treated.

Tanáiste and Minister for Foreign Affairs Simon Coveney confirmed that six Irish citizens were on board the Diamond Princess cruise ship.

Britain, meanwhile, is preparing to evacuate passengers stuck on the ship docked off the coast of Japan, according to Foreign Secretary Dominic Raab.