The first incident occurred at a branch on Sandwith Street in Dublin city centre at around 11.25pm on Thursday.

Windows were broken and it is believed an accelerant was used, causing minor damage.

In the early hours of this morning, a second suspected attack took place at a branch in Main Street, Swords, Co. Dublin.

Again, an accelerant is believed to have been used after windows were smashed, with extensive damage caused to the ground floor.

A spokesperson for KBC Bank told RTÉ News: “We are aware of these incidents and we are taking additional measures to ensure the safety of our people and the hubs that our local customers rely upon. 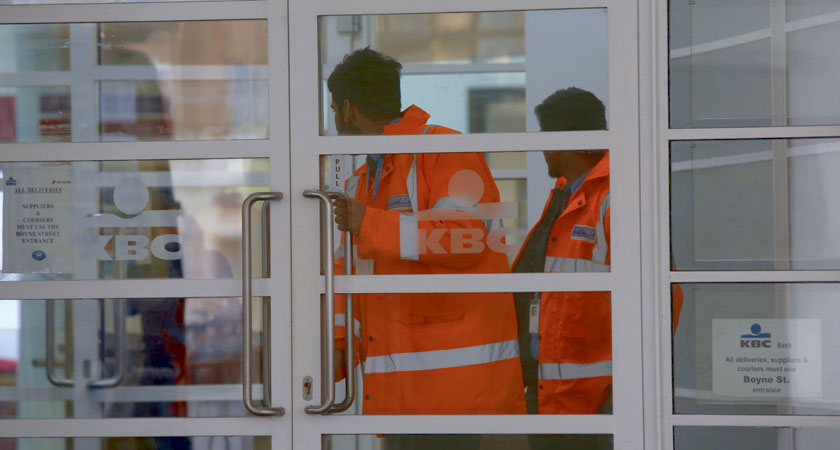 “As these incidents are the subject of a criminal investigation by An Garda Síochána we are not in a position to provide further comment at this time.”

The bank made headlines this week when it was linked to a controversial eviction of three siblings from their home in Co. Roscommon last Tuesday.

Bailiffs who evicted the residents were themselves forced from the property days later by a gang wielding baseball bats.

Two men arrested over the incident, which left three of the bailiffs in hospital, have since been released without charge.

Earlier this week, three TDs staged a protest at a KBC branch on Baggot Street in Dublin.

One of the protestors, Mattie McGrath, said the occupation of the bank would continue until KBC’s CEO Wim Verbraeken provided written assurances he will meet to discuss their concerns over the bank’s treatment of customers.