A TODDLER is fighting for his life in the Canary Islands after becoming critically ill while on holidays.

Two-year-old Jaiden Potter, from Lisburn in County Down, was on holidays with his parents in Puerto Rico when he suffered a seizure in the apartment.

His father Derek performed CPR until emergency services arrived, and he was airlifted to hospital by an emergency helicopter after the nearby beach was cleared of holidaymakers for landing.

Jaiden was not breathing when emergency services arrived and he remains in a critical condition in ICU.

Jaiden’s uncle Michael Potter has set up a GoFundMe to support the family’s costs as they tend to their son in hospital. 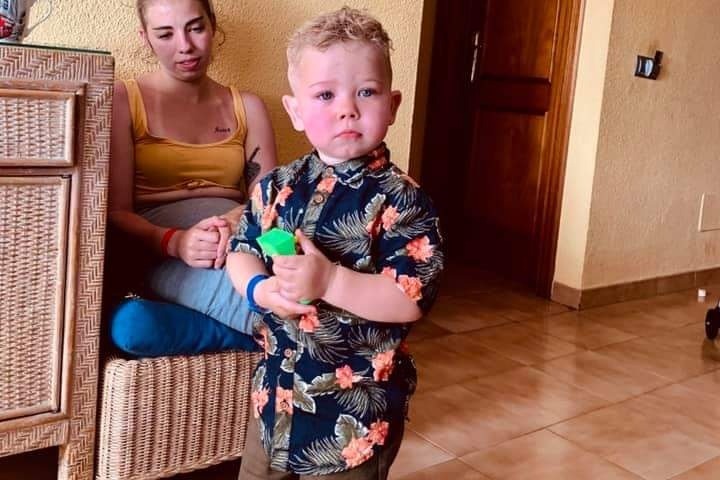 Jaiden, 2, suffered a seizure while holidaying in Puerto Rico. (GoFundMe)

The GoFundMe, titled ‘To Cover Costs for Jaiden Potter in ICU Abroad’, has raised over £1,200 in less than a day, rocketing past the £500 target.

Many donors have sent messages of support to the family in their time of need, and have encouraged the little boy to “keep fighting”.

Jaiden’s uncle Michael has thanked people for their support in a heartfelt Facebook post, saying he is blown away by the response to the GoFundMe. He wrote:

“Honestly speechless, what incredible people, friends and family we have in our community, so thoughtful and considerate.

“I think I speak for Derek and Courtney in thanking everyone for their help and contributions.”

In a response to a comment under Mr Potter’s post asking how the little boy was doing, Jaiden’s father Derek said he is “getting there”, raising hopes for a happy ending for Jaiden and his family.

You can donate to Jaiden's GoFundMe here.